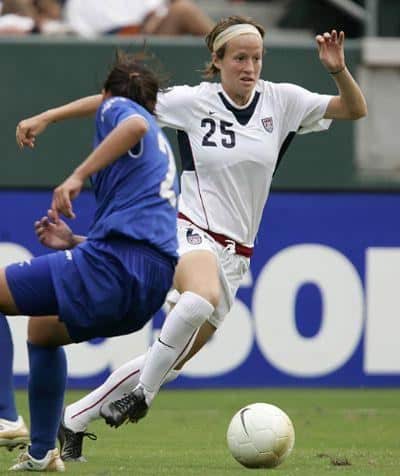 This tournament once again attracted the top countries in the world with six of UEFA Women’s Euro 2009 finalists competing.

The United States, who were guaranteed a place in the final after back-to-back wins over Denmark and Iceland, rested some key players for their final group game.

They struggled to contain Norway but won with a 21st-minute goal from Megan Rapinoe. The Americans, who hadn’t conceded a goal this year in the Algarve, have won the invitational tournament a record six times. Sweden made a sluggish start in the competition with a scoreless draw against China but then overcame Finland 1-0. In an exciting final group match at the Algarve Stadium, current European Champions Germany went down 2-3 to Sweden.

Germany were without three key defenders and their top striker Birgit Prinz, who has scored 122 goals in 188 internationals, but can have no complaints about the final score.

Last year’s runners-up Denmark defeated Iceland and Norway but lost to the USA and qualified to play Germany for third place.

In Group C, which features teams not competing for the title, Portugal beat Poland 2-1, Austria 1-0 and thrashed Wales 5-1.

The final and 3rd/4th place game were being played at the Algarve Stadium as the Algarve Resident went to press. A report will appear in next week’s edition.