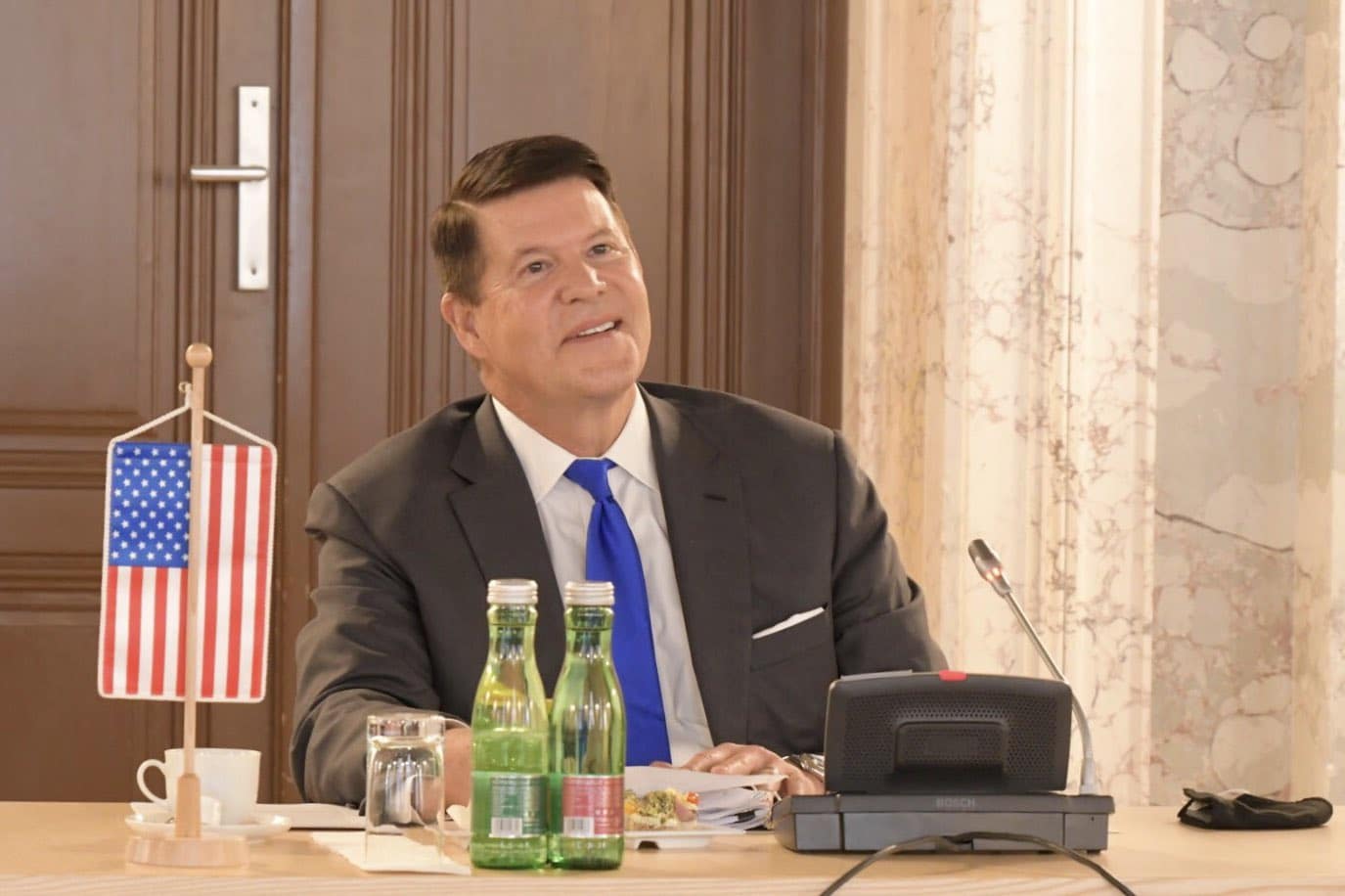 On an intense European ‘tour’ of countries pushing his administration’s anti-China agenda, US tech expert turned under-secretary of State for economic growth Keith Krach is in Lisbon today following the media storm prompted by American ambassador George Glass over the weekend (click here).

Explain reports, this is the fourth high-ranking politician to visit the country in the last two years, “to convince Portugal to exclude Huawei” from the developing 5G network.

And although ‘instant responses’ have all been along the lines of “Portugal will make its own decisions” and “Portugal will follow Europe’s lead on this”, there are clear signs that the pressure is getting somewhere.

Talking to Rádio Renascença this morning, minister for foreign affairs Augusto Santos Silva accepted there is much more to this issue than the question of ‘economic investment’. National security and ‘collective defence’ need to be considered – and indeed have been, he said, by the bloc in general.

Europe has come up with a ‘clean toolbox’ (of alternative criteria that must be present before countries open their 5G ‘auctions’) which each member state can now apply.

“In Portugal’s case we will have to introduce changes to the law of communications”, said Santos Silva, adding: “We cannot confuse economic and diplomatic relations with our integration in the systems of the alliance”.

This was a clear ‘chink’ in the bravado that “Portugal will make its own decisions”.

Others have been falling over each other all week.

Yesterday – with Keith Krach’s visit bearing down – infrastructures minister Pedro Nuno Santos was in Sines to present the ‘strategic plan for Sines Port 2020-2025’. He made it patently clear that the government is “very available and anxious for American investment in Portugal” – while the Americans have made no bones about hoping to ship their liquified natural gas through the port and on into the rest of Europe – in direct competition with Russian plans for a new Nord Stream pipeline. (The plan has hit some issues along the way, but talking to Bloomberg this week, Mr Krach suggested the US is still hoping to get its way, considering the pipeline “a threat to European security”.)

Meantime, several countries have already agreed to drop Huawei from their 5G networks altogether: Australia, New Zealand, Canada, Singapore and UK and now France and Germany have ‘come to agreements’ which don’t ‘ban’ the technology outright, but nonetheless exclude Huawei for ‘bureaucratic reasons’.

And back to Portugal, negotiations are still ongoing behind the scenes to ensure the Americans don’t pull out of their important presence (vis-a-vis the local economy) at Lajes airforce base, in the Azores.

In other words, there is no way this country wants to ‘upset’ America, or fall out with it in any way: it simply doesn’t want to be seen as appearing to meekly fall in line with ultimatums.

As Diário de Notícias put it today: As technology that promises to revolutionise the world, whoever wins the ‘war’ over 5G “could dominate the 21st century”.

And that’s probably where Keith Krach will be starting from today.

Says the paper, his trip through Europe began 10 days ago for meetings with ‘top people in government as well as in the EU and NATO’.

When DN wrote its text, “none of the telecoms operators” in Portugal had confirmed whether or not they had meetings scheduled with Mr Krach.