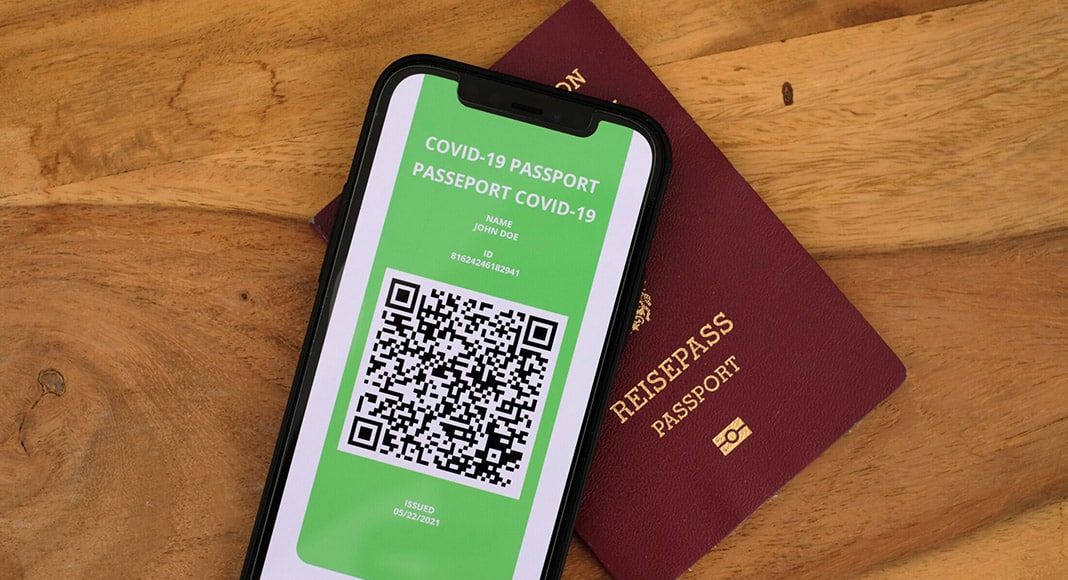 A new study coming out of the US State of Massachusetts has changed the war against Covid-19 by demonstrating that the viral load of a vaccinated person who ends up contracting the virus is “identical” to that of an unvaccinated person.

Portuguese immunologist Manuel Santos Rosa admits this has “changed a lot of things” – not least the “strategy” that Covid Digital Certificates are a valid weapon of combat.

“The vaccine certificate should be an instrument that says to us that, at this moment in time, we have almost the certainty that this person is not infected and is not a transmitter of the virus”, he tells Diário de Notícias.

“This new information demonstrates that what appears to be a certificate of guarantee that there are no risks, is not.

“What the certificate proves is that the vaccinated person is protected and that, probably, he/ she will not develop serious illness. But when it comes to the concept of transmission, I believe the strategies for fighting infection need to be rethought.

“Right now, a negative test tells us more about someone who is going to travel, who is in a restaurant, at a show or a family event than the certificate”.

A negative test “tells us that the person truly is not infected”. A Covid Digital Certificate carrying proof of double-jab vaccination doesn’t.

In Manuel Santos Rosa’s mindset this new study (click here) is “very important and should be taken into account”.

Whether it is or not is the ‘million dollar question’ – as so much in this pandemic appears to have been politicised.

In the US, the first thing the study has done is see health authorities reverse their earlier decision to allow people to drop the need to wear masks in public settings.

Explains Diário de Notícias, the mask has returned to being ‘obligatory’.

This in no way means the vaccines are not important.

As Manuel Santos Rosa explains, they are “very important, but before (the study) we thought the viral load of a vaccinated person was reduced, that it didn’t allow for transmission. Now, by the look of things, it isn’t like this at all…”

Miguel Guimarães of the General Medical Council (Ordem dos Médicos) needs no persuading that masks need to remain in place, no matter whether people are fully-vaccinated or not.

Regarding the study, he said the results put two questions ‘on the table’: the importance of Covid Digital Certificates and the importance of a third vaccine booster shot (which some countries are already administering to their populations).

“This information has given us a new challenge that will have implications in the strategy that we follow to control the pandemic”, he told Diário de Notícias.

Mr Guimarães was less dismissive of Covid Digital Certificates than Manuel Santos Rosa, saying: “People need to understand that the vaccination certificate gives us some guarantees that the person is more protected against serious illness. But it doesn’t substitute the use of the mask. This is the measure that protects most”.

His bottom line nonetheless was that he has “many doubts that Covid Digital Certificates will continue to be demanded” as a laboratory test “is more important”.

One of the most relevant aspects of this news is that no one is discounting the study. No scientists have come forward to say it is wrong or has over-egged results.

The study was based on various cases of Covid-19 within fully-vaccinated people in a State with stellar vaccination rates.

The cases followed a large outbreak last month in the tourist resort of Cape Cod. More than 900 people were affected, three-quarters of them fully-vaccinated.

Says DN, “this was the motive that led scientists to want to know why this outbreak happened in a country of the State with the highest rate of vaccination and with the majority of those infected being vaccinated”.

“The conclusions seem to leave no doubts: the outbreak was associated with festivities in Princetown, which included events with a lot of people in open and closed spaces, in bars, restaurants, rented accommodation and other habitations.

Investigators “found roughly the same level of virus in people who were vaccinated and the others” (meaning non-vaccinated).

“More”, the paper adds: “Among those who had been given two doses of vaccine, around 80% felt symptoms, like coughing, headache, fever, sore throat and muscular aches and pains”.

America’s Washington Post has been following these developments, and says one of the key reasons behind them appears to be the transmissibility associated with the Delta variant.

Says DN, the Washington Post’s conclusion is that “the war on Covid has changed, and now there is increasing concern with the possibility that vaccinated people could be a source of generalised infections”.

This is actually nothing new: it has been the warning of bio-tech vaccine consultant Geert Vanden Bossche for months. But such is the focus of mainstream media to refer to official channels only that his warnings have been ignored (at best) if not vilified.

Dr Bossche’s career has seen him join several vaccine companies (GSK Biologicals, Novartis Vaccines, Solvay Biologicals) to serve various roles in vaccine research and development as well as in late vaccine development. He even worked for the Bill & Melinda Gates Foundation’s Global Health Discovery team in Seattle (USA) as Senior Program Officer before taking up a position at the Global Alliance for Vaccines and Immunization (GAVI) in Geneva as Senior Ebola Program Manager. At GAVI he tracked efforts to develop an Ebola vaccine. He also represented GAVI in fora with other partners, including the World Health Organisation, to review progress on the fight against Ebola and to build plans for global pandemic preparedness.

In other words his warnings about mass-vaccinations in a pandemic were never likely to be the stuff of delusion (click here).