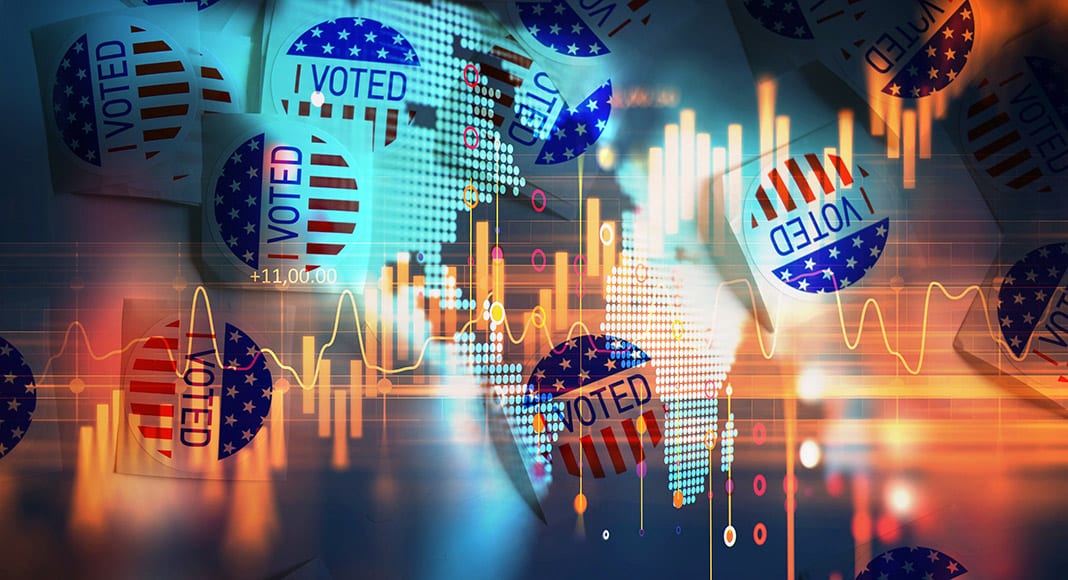 With elections looming in the United States, this year was always going to be an interesting stock market year. The global corona crisis was an added bonus for those who enjoy stock market volatility. But let’s get back to the US election.

When elections are held, in almost every country you see that the stock markets respond to the results. Companies and investors estimate their chances depending on the policy that the elected politician will pursue. Because the United States plays a major role in the world economy, elections there are closely followed by investors.

The entire election battle is actually a battle in America. Candidates make each other’s lives miserable, sometimes even after the results have been announced. It wouldn’t be the first time that the election results have been contested. What then happens to the stock market?

The growing likelihood is that the US election will result in a disputed outcome. It could take weeks or months to determine who the president of the United States will be for the next four years, and this could be dramatic for financial markets.

I have read with great interest the outlook for the last quarter of this year from Steen Jakobsen, economist at Saxo Bank. He estimates the probability of a direct win for Trump or Biden at around 25% but thinks there is a whopping 50% chance of an unclear or even disputed ballot box result.

In this case, Jacobsen foresees not only sharp falls on the stock markets but also an enormous increase in volatility on the financial markets, especially if uncertainty persists for a long time. We could also expect a collapsing dollar and a run on gold.

According to Jakobsen, the American elections are the greatest political risk in decades. Not only because of the current economic situation, increasing inequality and social unrest, but also because of the policy response to the deep corona crisis in the United States.

Crises are usually times to make major changes. But both Biden and Trump are older men and may, therefore, not really have a vision for the future. They are going to spend a lot of money and, for that, they have to go to the Fed. It will therefore not lose power and that is never good for economic innovation.

The last quarter will again yield interesting moments on the stock exchange. I look forward to it and, of course, I have covered the risks. On the stock markets, it is absolutely impossible to predict what further adventures await us this year!

Investing has risks. Your investment may become less valuable.

Kaspar Huijsman is director of BinckBank Spain and Portugal.
At Binck, portfolio managers are available for private consultations via telephone or Skype. You can also connect with Kaspar Huijsman via linkedIN or by email at info@binckbank.com
www.binckbank.com