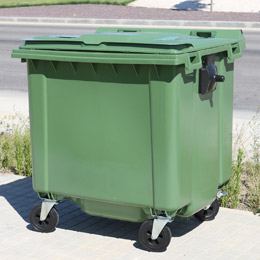 A resident in Mexilhoeira Grande has described his horror when he saw two graveyard workers unceremoniously tip the remains of an exhumed coffin into a local rubbish bin.

“It was a complete lack of respect for the dead,” António Aleixo told national tabloid Correio da Manhã.

The cemetery employees had a wheelbarrow loaded with “the clothes of a corpse” and wooden remains of a coffin and simply “threw” everything into the bin, he told the paper.

The community’s parish council boss José Vitorino has confirmed that it is “quite normal” to dispose of remains this way.

“The bones are kept, and whatever hasn’t been consumed by the earth is put in the rubbish”, he told the paper.

What workers were guilty of, he agreed, was not using a bag.