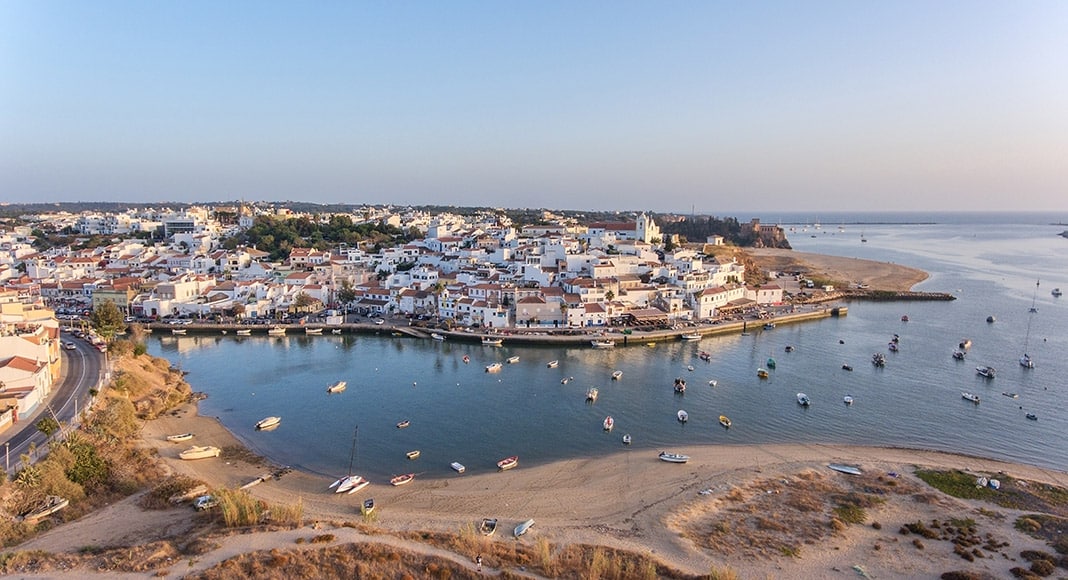 The community of Ferragudo and Lagoa Council are in uproar over a project it fears could cause “irreparable damage” to the village’s picturesque beaches and be the ‘final nail in the coffin’ of plans to build the long-awaited Ferragudo Marina.

The project involves artificially feeding two of the town’s beaches – Molhe and Pintadinho – with sand removed from the bottom of the Arade River, which locals fear will “destroy” the beauty of its shores.

The dredging project is being promoted by the Sines and Algarve Port Administration (APS) and aims to expand the Portimão Port’s navigation channel to welcome cruise ships with a length of up to 334 metres.

The public consultation period for the project’s environmental impact study “only lasted 10 days” and came to an end on Tuesday (August 11), “with little to no public exposure”, accuse both Lagoa Mayor Luís Encarnação and Ferragudo Parish Council President Luís Veríssimo.

In a bid to fight the plans, a citizens’ group named ‘Defensores de Ferragudo | Não à destruição! Sim à preservação!’ (Defenders of Ferragudo | No to destruction! Yes to preservation!) has been created. In just two days, it already has nearly 850 members on Facebook.

Local citizens have taken to social media to say they do not want Ferragudo’s quaint beaches to be permanently altered for the worst and question why the “poor quality” sand will be ‘dumped’ on the town’s beaches instead of in Portimão, which is the borough that will benefit from the dredging works.

Protests are also being led by Luís Veríssimo, president of the local parish council, and Luís Encarnação, mayor of Lagoa, who has lamented that the local authority was “completely ignored” by the project’s developers and fears that the dredging works could destroy all hope of building a marina in Ferragudo.

Meantime, local surfers are also up in arms, saying that the plans could spell the end of Ferragudo’s “iconic waves” at Molhe beach.

This is a developing story which the Resident will be updating in the days to come.