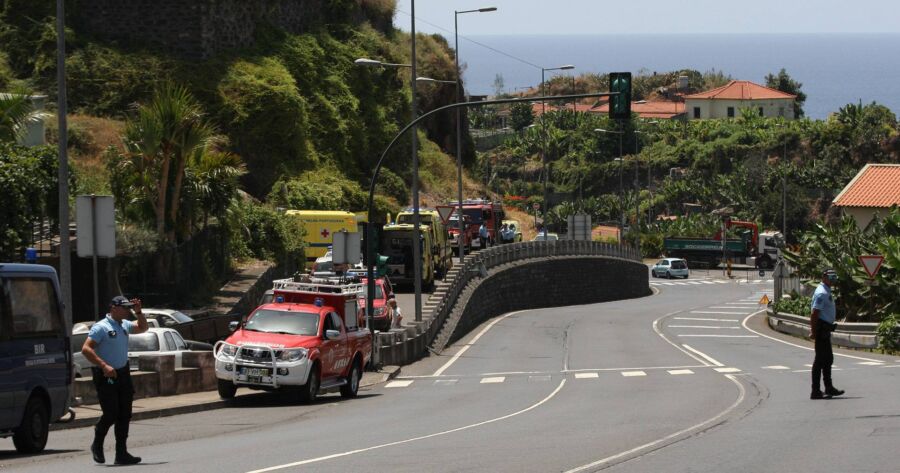 A 67-year-old woman was killed and two people were injured when a wall collapsed onto their house in Funchal, Madeira last weekend.

The landslide occurred on Saturday at Caminho do Ribeiro da Ponta da Laranjeira, parish of São Martinho. The collapse happened in a single-storey private house, where a retaining wall collapsed on top of another house where five people live. At the time of the accident, only three people were inside the house.

The fatal victim was completely buried in the rubble, while the other victims – her husband and daughter, aged around 60 and 40 – were buried up to their neck. However, they were both successfully rescued and taken to Funchal Hospital, having sustained minor injuries.

Rescue works were carried out with “manual tools” instead of heavy machinery due to “the risk of a new landslide”, explained Funchal councillor Bruno Pereira.

He also said that the rescue operation was carried out with “great precision” to protect the victims as well as the firefighters involved in the operation.

The councillor added that “very meticulous and patient work was required” to avoid further issues.

Authorities were alerted at around 1.40pm. Rescue operations were carried out by firefighters from Câmara de Lobos and Sapadores do Funchal, with five vehicles and 14 firefighters involved.