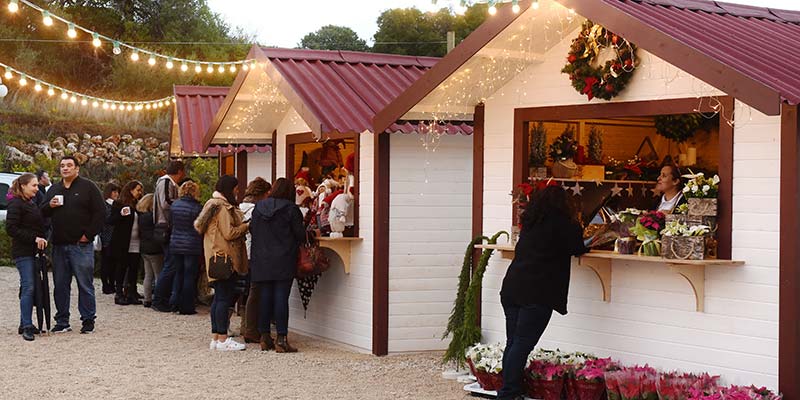 Vila Vita Biergarten’s Christmas Food Market will not take place on Friday, December 20, over weather concerns. The event will, however, be held on the Saturday and Sunday (December 21- 22) from 1pm to 8pm.

The event was originally planned to take place over three days, but organisers want to ‘play it safe’ as heavy rain and strong winds have been forecast for Friday.

However, the event is still expected to attract scores of visitors who will be able to explore the festive delights that will be for sale at eight wooden cabins, from amazing wines to Christmas hampers, wreaths and decorations.

In fact, organisers say that the event will “celebrate the best national and international flavours with the magic of the Christmas fairs of Northern Europe”.

You can buy a traditional Bolo-Rei Christmas cake which will be made on the spot in a wood oven or indulge in some tempting dishes such as raclette cheese with potatoes and pickles, gyosas, traditional German sausages or waffles with toppings.

To help wash it all down, there will be a wide selection of craft beers, including Vila Vita’s very own craft beer, wines from Herdade dos Grous and Quinta de Valbom, hot chocolate, Christmas tea or mulled wine.

There will also be live music on December 21 and 22, starting at 3.30pm (Os Compota Funk Family and Ricardo Sousa & Banda, respectively). Admission to the market is free.

The Vila Vita Biergarten is located on the EN125 road near the roundabout that leads to Porches.