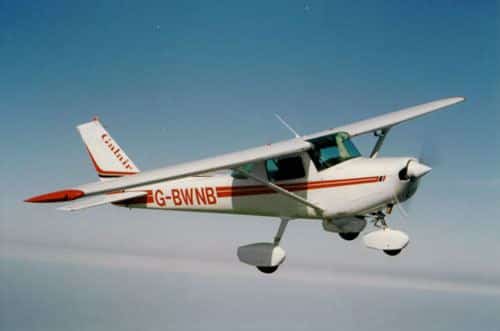 Sunday afternoon saw the authorities call an end to air and sea searches off Sagres for the body of the pilot whose light plane crashed south of Baleeira port on Friday morning.
Ports captain Carvalho e Pinto has said that land searches will stay in place, with authorities hoping the body of 74-year-old José António Inácio comes to the surface and can be spotted
The elderly emigrant to Canada – who has a home in Mexilhoeira Grande – was said to be an “experienced pilot”.
It is not known yet why he crashed the Cessna 152 that he had flown out of Portimão aerodrome less than an hour before, but it is possible that poor visibility due to fog precipitated the tragedy.
Meantime, Maritime police divers located the submerged wreckage of the two-seater plane on Sunday morning, and this will now be examined to see if it yields any clues.
The wreckage was located at a depth of around 20 metres.
Indeed, it was a stroke of luck that the crash did not involve further victims. According to fisherman Adriano Guerreiro who called the incident in, Inácio’s plane hit the surface of the water just 60 metres from where he and his crewmates were fishing.
“None of us could see anything, as there was thick fog”, Guerreiro said afterwards.
“We just heard a great big bang and realised what had happened from the smell of fuel, and the wreckage that we found – which included the wheel of a small plane”.
Also among the wreckage was a pair of trousers and documents, believed to have belonged to the dead pilot.