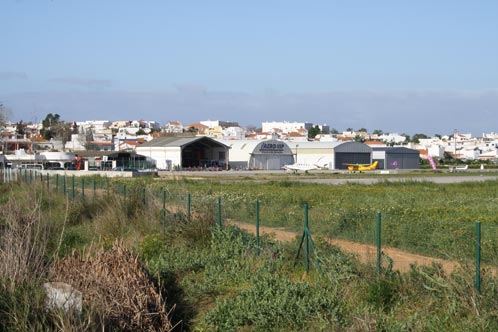 A third death at the Algarve’s skydiving centre in Alvor has left this year’s Spring Boogie Festival in tatters. Billed as an opportunity to boost Algarve tourism in the low season, it has seen one death and two injuries in less than a week since it started.
As TVI reporter Manuela Micael reported on Tuesday, with five weeks left to go, the event is almost certain to continue, but how participants will be feeling remains to be seen.
Only five months ago, Portuguese jumper Ana Peixoto, 32, died after her parachute was seen rolling up on itself as she careered at high speed towards the ground, and the year before British skydiving enthusiast and local businessman Jonathon Wickham died after apparently losing consciousness at 15,000 feet.
Commenting on the latest tragedy that claimed the life of 40-year-old German jumper Stefan Hewekerl, one seasoned paragliding pilot said: “This is almost certainly an issue of bad risk management. It is not the sport that killed this skydiver; it’s bad decisions. You need to assess weather conditions before jumping. You need to know your winds.”
Indeed, a statement put out by the aerodrome said that the wind is thought to have been the reason for the tragedy.
Hewekerl “is believed to have miscalculated the effect of the wind on his landing procedure which caused him to make a steep turn before landing,” said the aerodrome. “He did not regain control of his parachute and ended up hitting the ground at very high speed.”
The accident happened in full view of an elderly Portuguese man onto whose land Hewekerl fell. “I heard a loud noise and thought that he’d fallen on top of the olive trees,” a shaken 74-year-old Manuel Francisco told Correio da Manhã. “I had seen him coming down with his parachute open, but I could see that something was not right.”
Paralvor, the organisation running this year’s Spring Boogie Festival, is reported to have suspended activities during the high winds, but anticipates a total of around 10,000 jumps before the event closes on May 4.
On the same day that Hewekerl died, two other jumpers were injured, one seriously, due to faulty landings.
The 2014 Spring Boogie Festival was much publicised before this week’s news for “bringing 400 European skydivers and their families flocking to Portimão’s municipal aerodrome for a two-month long skydiving craze expected to boost the local economy during spring’s low season”.