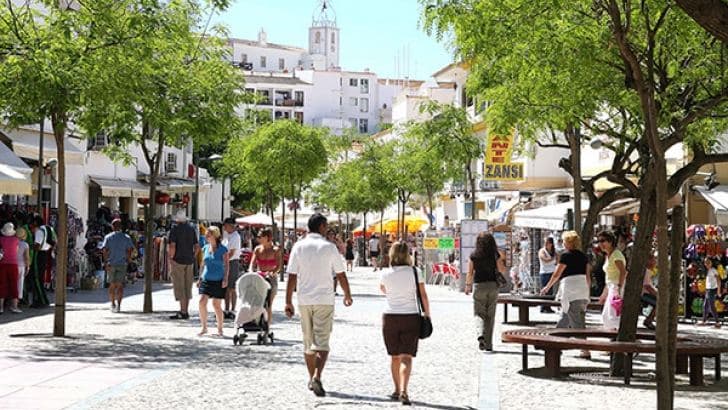 Released from hospital with her lower back and buttocks swathed in bandages, Albufeira stabbing victim Clara Corrigan has talked to journalists about the frenzied attack suffered last Thursday and revealed that her British assailant shouted “I killed Maddie McCann and I am going to kill you” as he stabbed her repeatedly.
It is unclear whether this potential new suspect in the seven-year mystery of Madeleine’s disappearance will be followed up by detectives, but as Met officers are due back in Praia da Luz next week to dig for clues, they will at least know where to find him. The 22-year-old attacker, named only as Shane, was remanded in custody by Albufeira’s court on Friday.
Meantime, his victim is recovering from her injuries and has even allowed newspapers to take graphic pictures of her multiple stab-wounds.
The 40-year-old from Liverpool told Correio da Manhã newspaper that she met Shane hours before in the Oura district – notorious for drunken night time incidents, particularly involving foreigner holidaymakers.
“He was in a bar with friends”, Corrigan told CM. “We had some drinks and he must have put something in my drink because I don’t remember anything more.
“I woke up with him on top of me, suffocating me. Then he shouted “I killed Maddie McCann and I am going to kill you”.
It was at this point, said the woman, that Shane began stabbing her.
The full horror of the attack hit the headlines late last week, with locals telling how they heard Corrigan’s screams “all over the neighbourhood”.
The terrified holidaymaker managed to break free however, and was taken in by a nearby resident who called police and rescue services.
It was at this point that Corrigan’s attacker was found, barefoot, barechested and covered in blood at a bus stop in the area.
Police who arrested him told CM that the man offered no resistance and appeared not to have remembered a thing.