“Unparalleled measures” to prevent the spread of the coronavirus are being implemented at Portimão beaches. The aim is to ensure residents and holidaymakers alike can fully enjoy the beach this summer.

Hand sanitiser dispensers have been placed at beach entrances, while several signs have been erected with recommendations on how to stay safe, such as keeping “a three-metre distance between umbrellas and a one-metre-and-a-half distance between towels”. Masks and footwear should also be worn whenever entering a beach café, bar or restaurant.

New beach flags to inform about occupancy levels are also in place. Arriving beachgoers will know whether the beach is below the recommended occupancy level (green), approaching it (yellow) or over it (red).

The council has also held meetings and training events with beachside business owners, employees and lifeguards, and hired 24 “beach assistants” who will patrol the municipality’s beaches to ensure all guidelines are being followed.

Similar measures have been implemented in Loulé.

According to the local council, the ‘traffic light’ beach flag system has also been introduced at the borough’s beaches. A team of “beach assistants” is also being trained to raise awareness among beachgoers and handle the disinfection of beach infrastructures.

Hand sanitiser dispensers have also been installed at beach entrances, while unsupervised beaches will be monitored more carefully by maritime authorities. 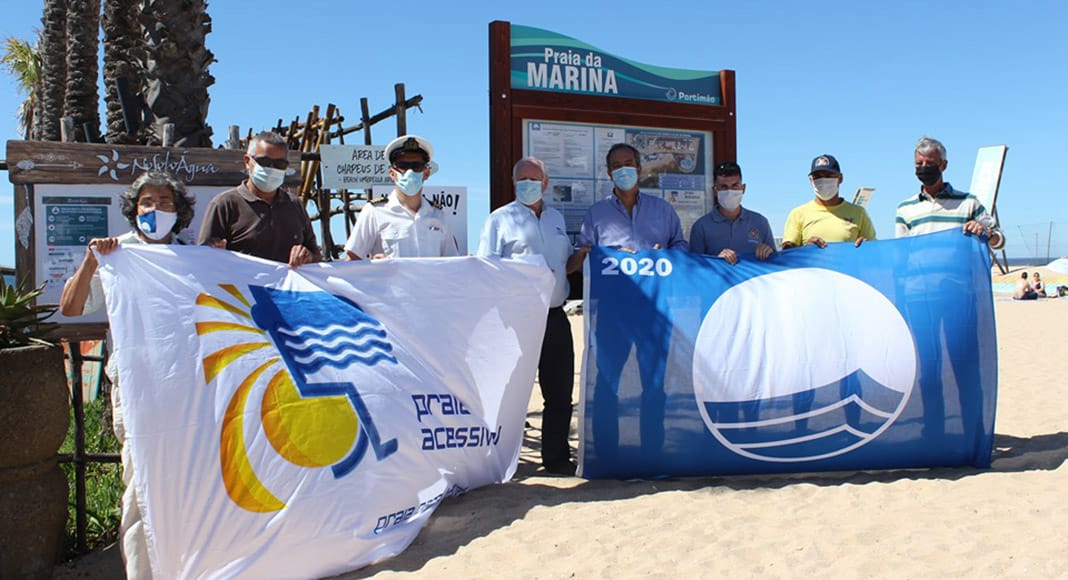 Meantime, Portimão Council has highlighted the multiple awards its beaches have received this year, with Blue Flags due to fly at the Alvor, Três Irmãos, Vau, Três Castelos, Praia da Rocha and Marina beaches until the end of the bathing season.

Lastly, Praia da Rocha was recently awarded with a ‘Cinco Estrelas Regiões’ accolade which gives five-star status to beaches, monuments, private companies, culinary delicacies and even natural heritage based on the votes of over 313,000 people.

Says the local council, “it is no coincidence that Prime Minister António Costa chose Praia da Rocha as the beach to inaugurate the 2020 bathing season on June 6”. 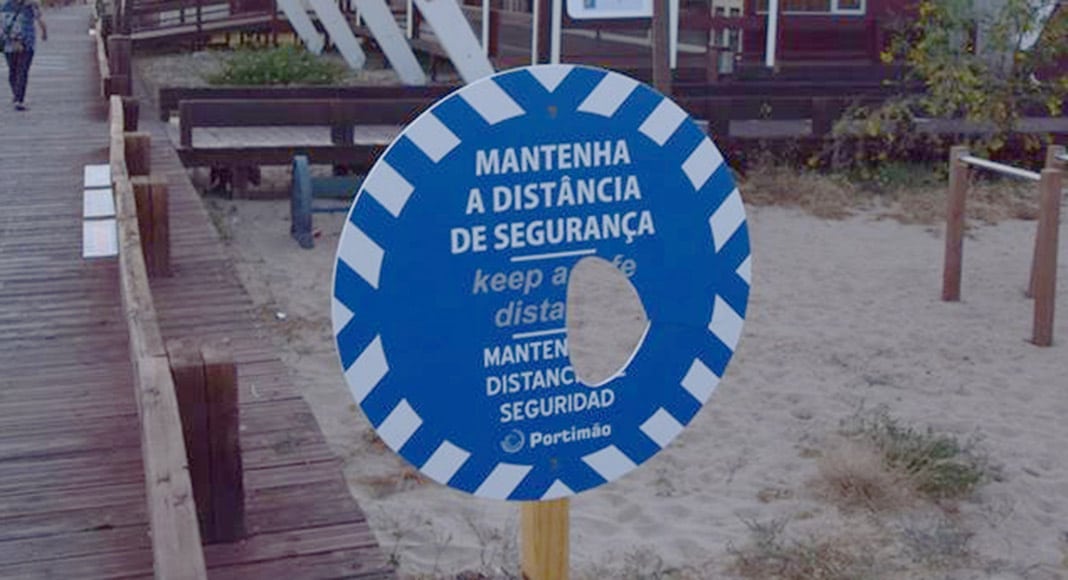 Portimão Council has lamented the destruction of informative signage placed along the Praia da Rocha boardwalk to alert beachgoers of the Covid-19 social distancing recommendations.

The signs were vandalised last Sunday, with the council due to replace them soon, a source from the council told the Resident.

The culprits have not been identified.