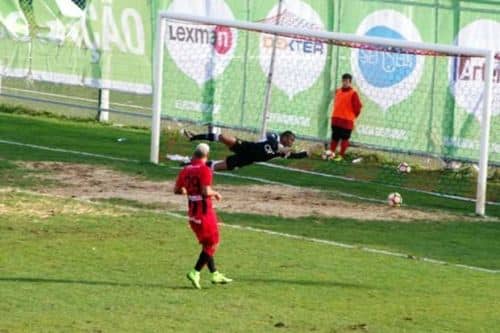 “It sounds a bit repetitive, but truth be told, we just lack that little bit of luck,” Portimão coach Carlos Azenha said after his team’s latest 1-0 home defeat to Paços de Ferreira.

“During the first half, we should have scored on two or three occasions and started the second well,” he said.

Portimonense were the better team over long periods of the game but, at the end, only Nelson Oliveira’s 87th-minute strike for the visitors counted.

On a positive note, the January transfer window signings have yet to take their places in the Algarvean’s line-up and goal keeper Ventura’s call-up to the national team, 21 years after the last Portimão player has represented his country, has boosted morale.

The position at the bottom of the table is basically unchanged. Portimão have slipped to last behind Naval on goal difference but the pair trail Rio Ave (and safety) by only four points.

Portimão travel to Rio Ave on Sunday and a win coupled with any kind of result from next Friday’s home derby with Olhão can quickly change the picture.