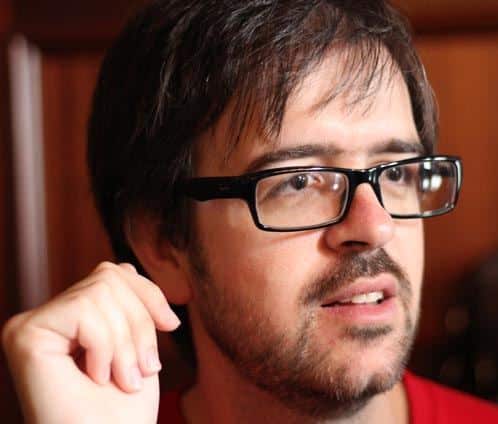 Computers have become literary genius and are now ‘writing’ poetry, thanks to Coimbra University researcher Hugo Gonçalo Oliveira who has created Portugal’s first virtual poet.
‘PoeTryMe’ is a computer programme capable of creating a poem based around a selection of ‘root’ words typed into its system. Not only that, it also provides a quick explanation as to why each word and verse are chosen.
The invention, which has been in development for five years, has received a lot of attention from the national press and the researcher has even travelled to Spain as part of a European Union project to adapt the programme to Spanish.
“People are often very surprised by what ‘PoeTryMe’ can do,” the researcher told the Resident.
Oliveira, a holder of a PhD in Information and Communication Sciences and former member of Portuguese rock band Fitacola, explained that he first came up with the idea of creating a system “that could generate music lyrics to match certain beats”.
But it was largely unsuccessful as although the text would match the beat it often failed to make any sense.
But an improved ‘formula’ – albeit with some fine tuning along the way – meant that success was indeed possible and this time in the form of poetry!
“The system analyses many layers of the language (word choice, syntax and semantics) whilst still including a poem’s very specific characteristics,” said Oliveira, who completed the project this year.
Following this success, Professor Oliveira told us he now plans to branch out to other projects related to computational creativity, which in simple terms means to use a computer to simulate creativity.