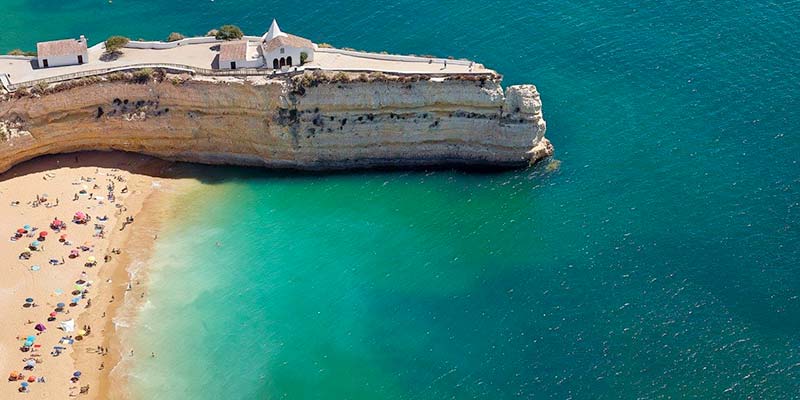 Algarve tourism boss João Fernandes has praised the University of the Algarve for being one of the ‘secrets’ to the success of Portugal’s tourism sector, carrying out much-needed research and training and educating some of the country’s best tourism professionals.

The announcement was made by João Fernandes, president of the Algarve Tourism Board (RTA), last week after the university was placed among the 150 best in the world in the category of ‘Hospitality and Tourism Management’ in Shanghai Ranking’s Global Ranking of Academic Subjects.

“I was very happy to see the University of the Algarve on the list of the world’s best in tourism research. Without science, there is no economic and social progress, and the tourism sector needs top-class research to help us anticipate the future and meet the needs of the tourism sector,” Fernandes said.

“The excellence of tourism in Portugal is also a sign of the quality of UAlg’s research.”

Speaking to The Resident this week, the Algarve tourism boss was keen to explain further the university’s contribution to the sector’s success.

“The training and information that the university provides is fundamental,” Fernandes told us.

“In fact, many of the students of tourism-related courses, who completed their university education at UAlg, have gone on to build respectable careers and take on important jobs in the sector.”

The university also serves as an “external evaluator” for the RTA on many occasions, providing outside input into projects such as “365 Algarve” and other tourism-related initiatives.

But the impact of the university’s work extends beyond just the Algarve, as Fernandes believes UAlg has been one of the main contributors to Portugal’s international success at the World Travel Awards, where it picked up 17 accolades including the world’s best holiday destination.

To make sure that the country remains at the forefront of international tourism, the research and academic training provided by institutions like the University of the Algarve will be fundamental, said the RTA president.

UAlg rector Paulo Águas told the Resident that it is “gratifying to see our work praised by the tourism board”.

“Our tourism course was created in 1991. We are proud to say that many of our students have pursued successful careers in the sector, while our research has contributed towards a better understanding of the tourism sector,” he told us.

Students can obtain a degree in Tourism or Hotel Management at the university, as well as pursue a master’s degree and even a doctorate.

“The proof of the quality of our courses is that many students from other parts of Portugal choose UAlg to study as they associate the Algarve to a quality education in the tourism sector,” the rector explained.

“They feel that this is where there is the best education and research.”

Águas also revealed that the university will be creating a special centre for tourism research in 2019, which aims to bolster the university’s output.

“Residents’ perception of tourism, the sustainability of the sector and the wellbeing of holidaymakers” are some of the main areas of research carried out at the university, the rector explained.

During our interview, an important statistic highlighted by Paulo Águas was the increasing number of foreign students enrolled at UAlg.

This year, the university has around 1,600 foreign students who account for 20% of pupils.

“This is the second highest percentage in all of Portugal,” he told us. Many of them are Brazilian but others are from as far as the US.

“The number of foreign students is an important factor when evaluating universities as it shows that students from other countries choose us to continue their studies.

“The fact that they choose UAlg is also important in these rankings, such as the Shanghai Ranking we were just included in.

UAlg is also working alongside many other universities and entities around the world, publishing several joint studies.

In fact, the rector says that UAlg has received praise for being among those that collaborate the most with other universities.

What is the Shanghai Ranking?