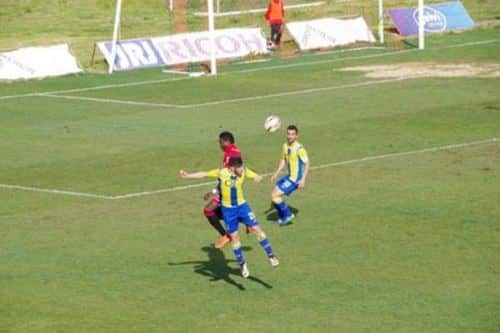 A new initiative aiming at uniting the foreign and Portuguese communities in the rural area of Messines has been created.

Help, a foreign welcome group, was set up in April after British resident Peter Jones discovered the wealth of amenities at the local Casa do Povo community centre in Messines.

Peter Jones told the Algarve Resident: “I had been invited by my Portuguese neighbour to attend a dance show at the community centre in March. It only cost me €2 to go and was an amazing show, with over 300 people in the audience.

“After the show, I spoke with some foreign residents about it and the resounding response was that they either hadn’t heard about it or thought it was “just for Portuguese people” so I decided to try and create a link between all the residents and this great community resource.”

A former firefighter from Worcestershire and now living in the São Marcos da Serra area of the Algarve, Peter is keen to break down the barriers that prevent integration in the Algarve.

“The main barrier has to be language so we have started up a five week course for English language speakers to learn Portuguese. We have made it cost only €30 per person and to be held in one-and-a-half hour sessions twice a week,” said Peter Jones.

At the end of the course, Peter has asked for local Portuguese residents to accompany the students to the market to practice their language skills.

He added: “It really will be a case of the communities helping each other, with another example of this being a car boot sale that we are holding tomorrow (Saturday) between 9am and 1pm at the centre with money raised going towards projects for all nationalities within Casa do Povo.”

Although the Help group only has a handful of members at the moment, Peter hopes that many members of all the foreign communities will take up the opportunity to join in the car boot sales, language lessons and social library initiative.

“This is a chance to become part of the local community. Established residents can meet new people and take advantage of the amenities here by paying a membership of €2 per month. New residents can take part in planned seminars to inform them about procedures such as what to do in the case of a car accident,” said Peter.

“We want there to be something for every member of the community, regardless of their nationality.”

For further information about the Help group, please email pandcalgarve@live.co.uk

To know more about the Casa do Povo community centre, please email centrocomunitario@casapovomessines.pt