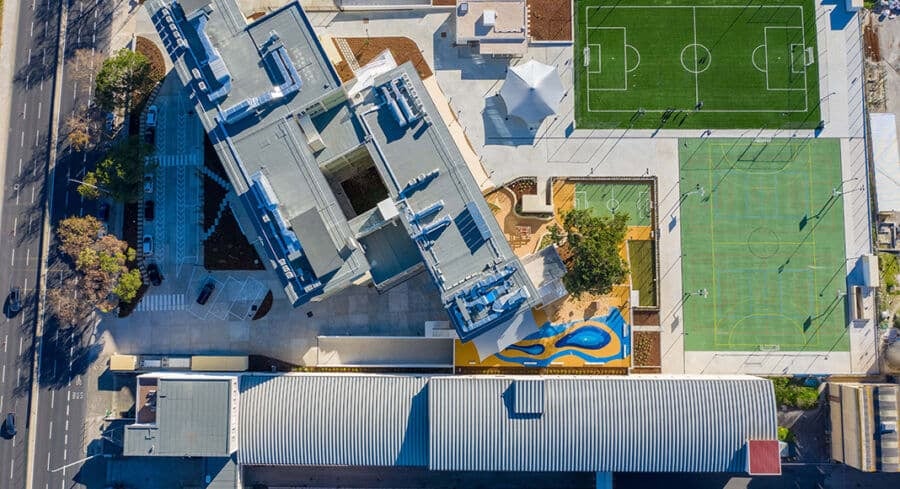 Chitra Stern, founder and CEO of United Lisbon International School, spoke to the Resident this week about the school’s opening last September, how it will be part of a larger educational hub and how it aims to provide education “inspired by and fit for the 21st century”.

The hub is still being developed but aims to “create an ecosystem where students, educators, innovators and creators connect in the pursuit of lifelong learning,” giving students an opportunity to enjoy hands-on working experiences.

All in all, around €75 million is being invested in this mega project to create a unique learning environment in the heart of Lisbon.

When Roman and Chitra Stern, owners of the Martinhal hotel group, decided to move from the Algarve to Lisbon several years ago, they were planning to move to the capital’s Parque das Nações riverside area. But they decided against it when they realised that there was a lack of international schools for their children.

“All the international schools are located on the western end of Lisbon,” Chitra told the Resident this week.

It did not take long to understand that this was keeping many foreign families and investors away from the capital.

“These families need schools where English is a first language,” said the entrepreneur, who between 2017 and 2019 was part of the Portugal IN committee, a special task force created by the Portuguese Prime Minister’s office to further bolster Foreign Direct Investment into Portugal.

It was during this time that she realised just how badly a new international school was needed. The Portuguese capital was being discussed as one of the possible new homes of the European Medicines Agency (EMA) following Brexit, but the idea was ultimately scrapped because there were not enough vacancies in the city’s international schools for the children of its 850 staff members.

Shortly after, Chitra Stern pitched the idea of opening a new school to Lisbon Mayor Fernando Medina, who threw his support behind it.

The idea finally grew into a full-fledged plan when Cushman & Wakefield approached the couple in 2017 and asked if they were interested in taking over the former building of the Universidade Independente in Parque das Nações, owned at the time by state bank CGD.

“It was a eureka moment for us,” Chitra told us.

A feasibility study was carried out and the property was purchased that same year. The project grew in scope as nearby properties were also purchased, including a V-shaped pharmaceutical distribution centre which was no longer being used, allowing the plan for a school to grow into a plan for a larger educational hub.

The international school, described as the educational hub’s anchor, opened its doors to 150 students from Early Childhood to Grade 9 last September and is already accepting applications for the next school year, with 40 new students already signed up and the number growing every week.

As the founders point out, the school is built on “rigorous standards of excellence” and integrates technology “seamlessly” into the learning environment.

United Lisbon is located within an old university building which has been renovated but has maintained its award-winning façade, for which it received an architectural award in 1958 for its Art Deco style.

The school has enough space for up to 750 students, which Chitra said has “made dealing with Covid-19 much easier” as social distancing has not been an issue. In fact, the number could grow up to 1,000 as the school continues to grow, with still only 22,000sqm out of 50,000sqm completed.

Teacher recruitment, advice to the board and the school’s opening and management were the responsibility of International School Services (ISS) based in Princeton, New Jersey, which works with more than 500 international schools and thousands of educators each year.

Furthermore, United Lisbon is currently in the process of accreditation with the New England Association of Schools and Colleges (NEASC) and is also a candidate for the International Baccalaureate Diploma Programme (IB DP).

United Lisbon currently spans from Early Childhood (3 years old) to Grade 9 (14 years old), although a grade will be added each year until the first graduating class in 2023-2024.

While grades 11 and 12 will be offered the International Baccalaureate Diploma Programme (IB DP), for the other levels ULIS has partnered with the Common Ground Collaborative organisation introduced by ISS to “create and deliver a conceptual and inquiry-based curriculum with international standards of learning.”

Says the school, the curriculum is “dynamic, personalised, and develops students’ conceptual understanding, skills and character. The curriculum aims to address not only academic excellence but also the skills and competences that are necessary for the future – problem-solving, self-management, collaboration and a good working knowledge of technology.”

According to Chitra Stern, extra-curricular activities are not viewed as “baby-sitting” but are instead considered key parts of students’ development.

United Lisbon has created several partnerships to create what it calls an “excellent after-school academy for sports, music, dance and coding.”

A notable example is the creation of the Sporting CP Soccer Academy ULIS, born from a partnership between Sporting Clube de Portugal and United Lisbon International School.

But football is far from the only sport offered at the school, as tennis, fencing, dancing and rugby are also available. Music lessons, art classes and other activities are also offered to students.

The school has also partnered with Sharkcoders to offer coding courses to its students that teach programming, gaming and robotics to children between five and 17 years old.

In fact, coding and drama are singled out by Chitra as two key areas of United Lisbon’s education.

“We did have a rough run-up to the opening of the school. In fact, I would say we opened the school against all odds,” said Chitra, stressing the difficulties posed by the outbreak of Covid-19 just months before the school’s planned opening.

“Thankfully, many parents have come up to us to congratulate us for our work. One parent even told me that they moved to Lisbon because of our school. This made me very proud,” the entrepreneur told us.

The Atlantic Hub is a global company based in Lisbon, which has been active in Portugal for five years and focuses on helping with the internationalisation of Brazilian companies into Europe and beyond via Portugal.

“We are excited to be located in this innovative space and the location on the edge of Parque das Nações/Marvila, five minutes from the airport is excellent.

Chitra Stern added: “The arrival of the Atlantic Station is a fantastic kick-start to this ecosystem we are building.” 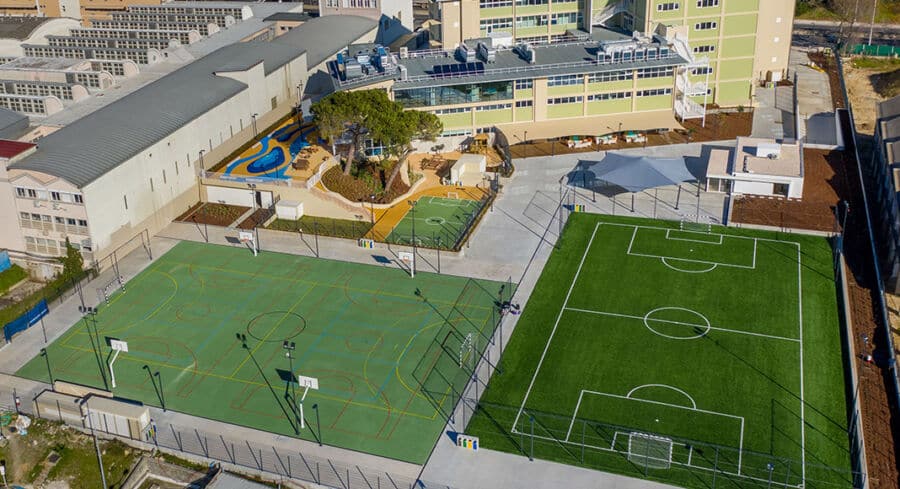 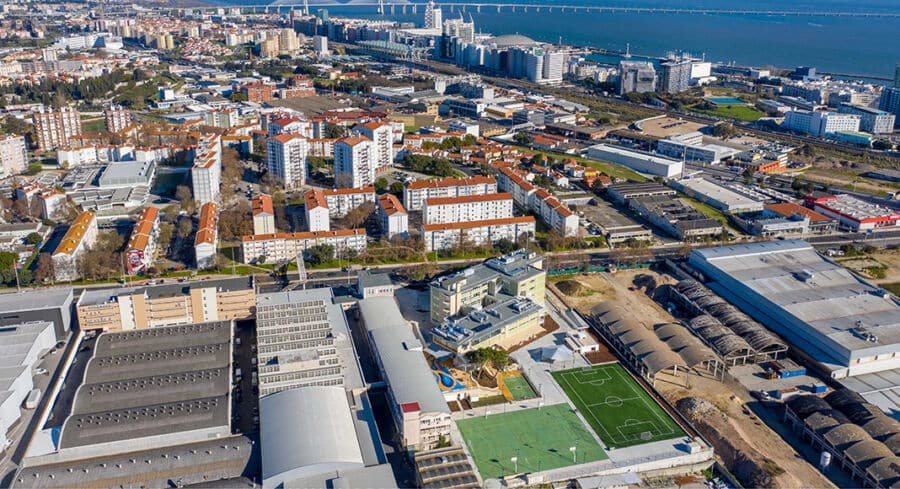 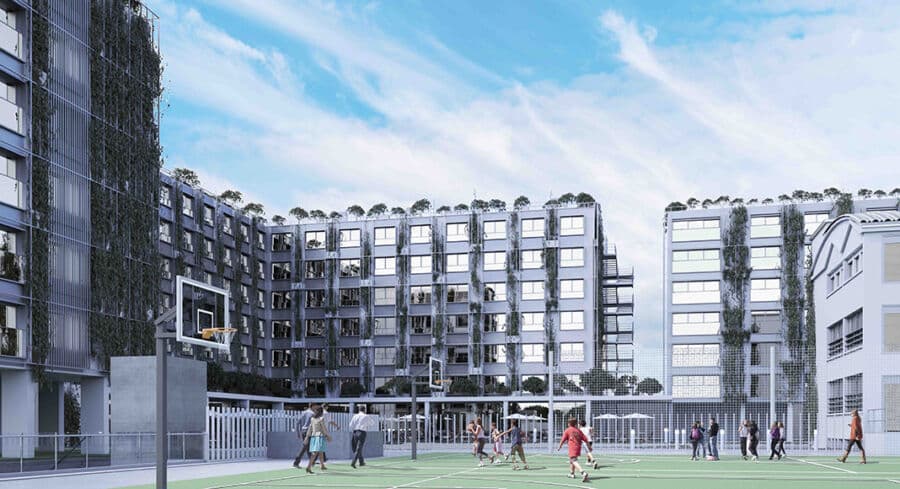 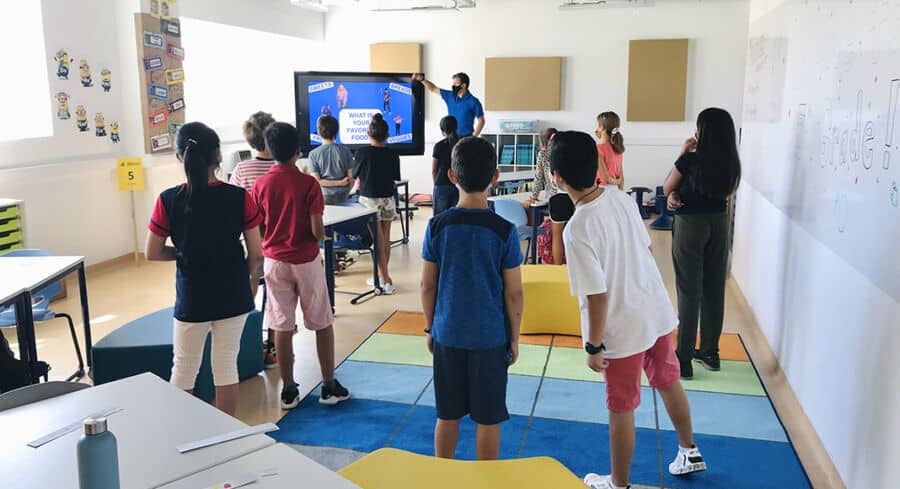 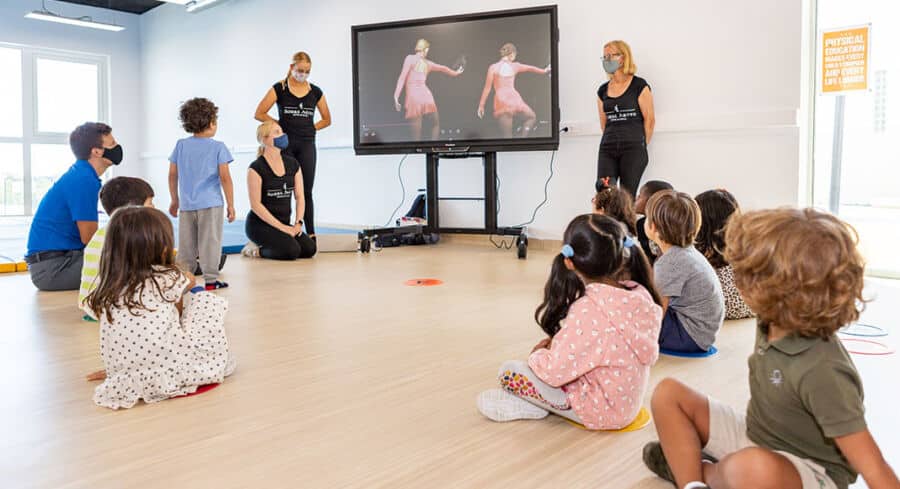 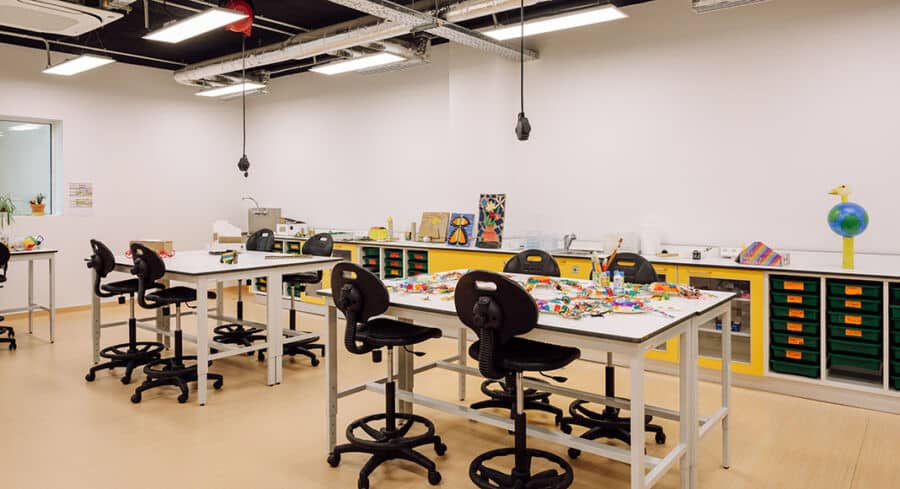 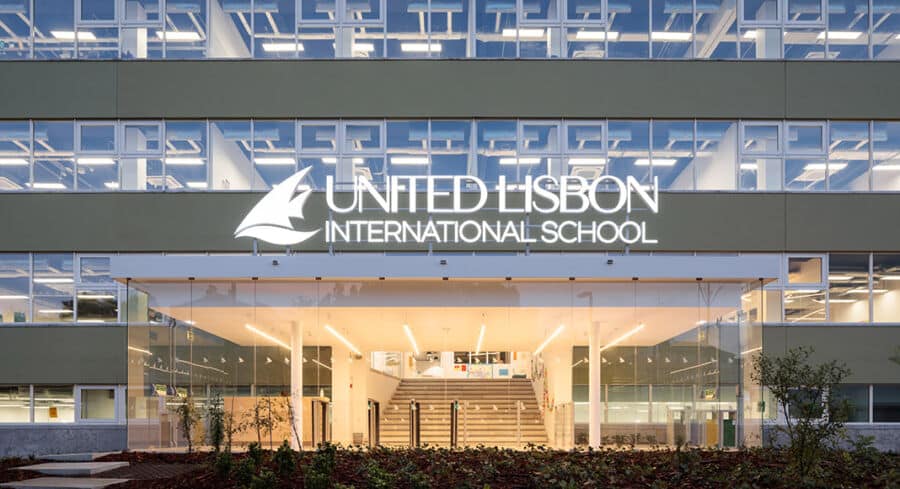