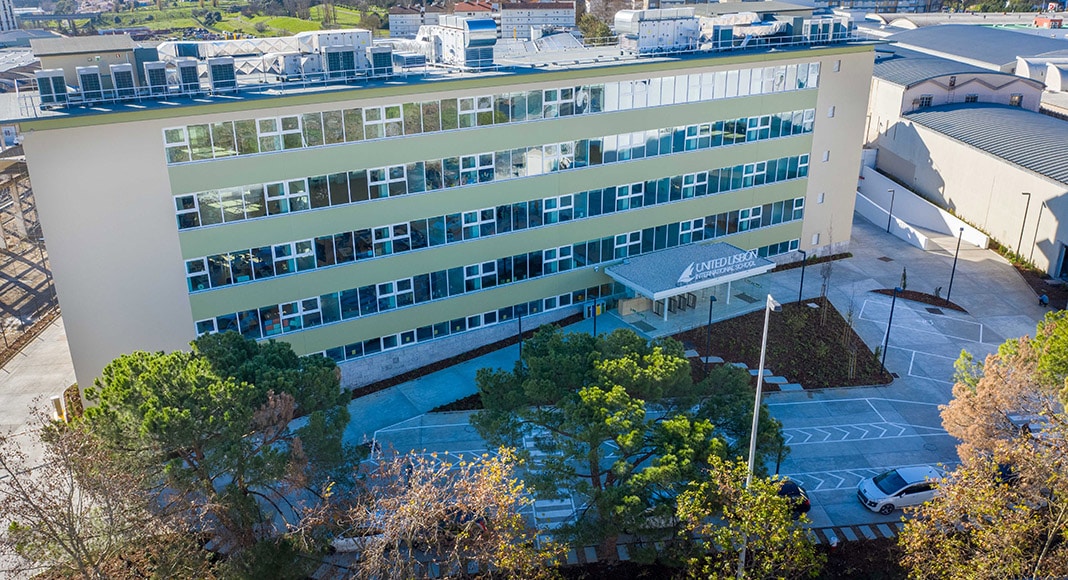 United Lisbon International School has won the ‘Lisbon Prize’ for the “best building in the city” at the World Architecture Festival.

The accolade was awarded due to the school’s renovation of a building from the 1950s, United Lisbon said in a communiqué to the press.

At the World Architecture Festival’s award ceremony in December, the jury “praised the ULIS team for bringing a space to life with great architecture and for giving it a high purpose after the building had laid defunct for years.”

The prize comes after the school had already been acknowledged with the ‘Best Urban Adaptive Reuse Award’ at Portugal’s prestigious SIL real estate show.

United Lisbon International School opened in 2020 near Parque das Nações in Lisbon with international English language academic programmes from Early Childhood (three years old) until grade 12 (IB DP). It already has a student body of 300 students of more than 30 different nationalities and an international teaching faculty to match.

“Excelling in both function and form, United Lisbon is seated in a building which was previously a university building and had won an architectural prize in 1958 – when it was the Pasteur Laboratories – for its façade representing the Art Deco style of buildings in Lisbon from the 1950s,” says the school.

It adds: “Architect Eduardo Capinha Lopes has achieved a fabulous result with the renovation project while preserving the original façade by modernist architect Carlos Ramos.”

“It’s a great honour to be receiving these awards for all our teams’ hard work over these years to make these projects a reality. We are proud to have achieved these accolades especially as we have been through the toughest 24 months on various fronts because of the pandemic,” they said.

“The adaptive reuse of the United Lisbon International School has special significance to us as entrepreneurs and parents. We were able to help breathe new life into an unused building whose purpose had been for higher education and transform it into a modern building for education – a much needed international school for the city. We are now looking forward to re-purposing the rest of the Education Hub. Education is crucial in addressing many of the global problems we have, and we can only do this by being ‘United’,” Chitra and Roman added.