United Autosports drivers Tom Gamble, Phil Hanson and Duncan Tappy enjoyed a different afternoon last Friday as they traded their cars for golf clubs for a few hours to test their golf skills – while still in full race suits and helmets – at Penina Hotel & Golf Resort in Portimão.

The event was organised by the motorsports team in collaboration with Penina to promote the return of the European Le Mans Series (ELMS) to the Algarve, as well many other world-class events due to take place at the racetrack throughout the coming months.

For the drivers, however, it was a moment to release some steam and have some fun before a busy weekend of racing at the ‘4 Hours of Portimão’ event – which Tom Gamble and Phil Hanson won together in 2021.

Tom, 20, had played golf before but admits he is not quite a “superstar” on the golf course.

“I normally golf on a driving range with friends, just having a laugh, but never too seriously,” he told us. 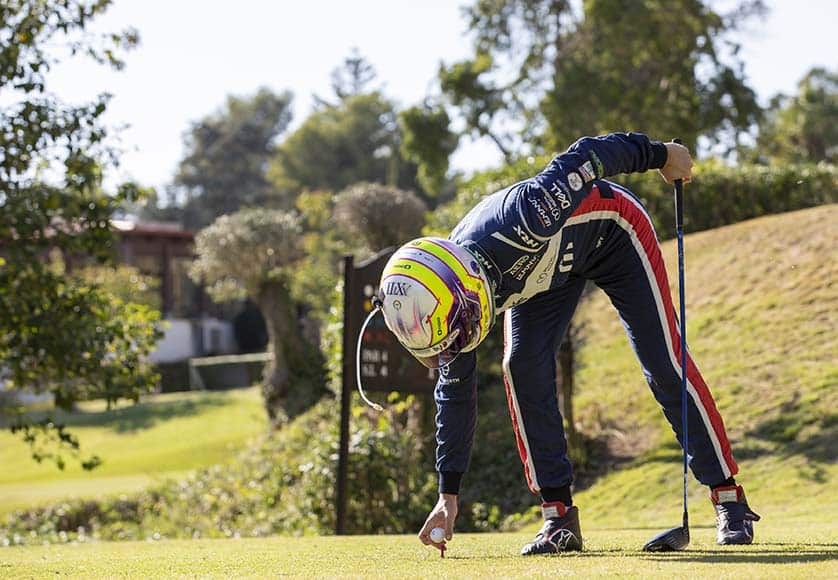 Phil, 23, shares a similar relationship with golf as Tom, having played when he was younger and trying out different sports.

“But I have to be honest, it isn’t really my sport,” he said.

Such is not the case for Duncan, 38, an avid golfer and a frequent traveller to the Algarve.

“My two passions coming together was odd. I never thought I’d be swinging a golf ball with my crash helmet on and, believe it or not, it hinders the swing quite a lot. And you get quite warm!” he said.

Duncan also spoke highly of the Algarve; a holiday destination he says he visits many times a year.

“My family are actually on a plane on their way out here now, they’re going to see the race (4 Hours of Portimão) and then we’re going to stay out in Carvoeiro for about a week afterwards, so it’s my favourite place to come as a holiday venue and, as a golf trip, it’s golfing heaven, so for me, it’s the perfect place,” he said. 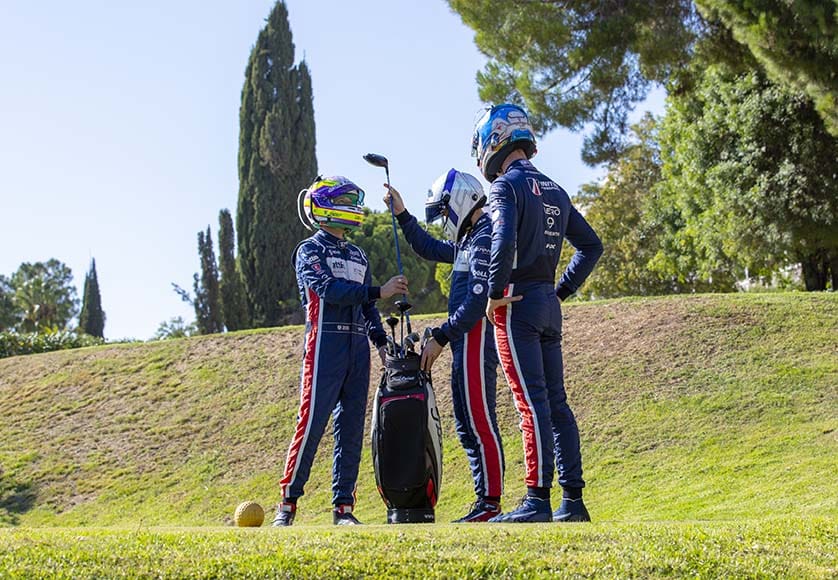 After taking to Penina’s Sir Henry Cotton Championship Course to put their golfing skills to the test, the three drivers sat down to give us their take on what it is like to race at the Algarve International Racetrack (AIA).

“The racetrack itself is one of the more unique we visit,” Phil said.

“The undulations are what it’s known for. It’s quite often referred to as a roller coaster of a circuit, because a lot of the corners are blind, so it invokes really good racing,” he explained.

“Undulations tend to be synonymous with tracks that are very fun. It’s somewhat unique! I can’t say I’ve driven a track that is similar to this. It’s very much in its own class,” Phil added.

Tom agrees: “It’s quite a unique circuit. I wouldn’t say it’s my favourite, but it’s certainly up there, mainly because of the success I’ve managed to have here.

“It’s quite a busy track, you have to be focused throughout the whole lap, which makes it unique to some of the other tracks which are a bit more relaxed and wider, and a lot easier to race in,” he said. 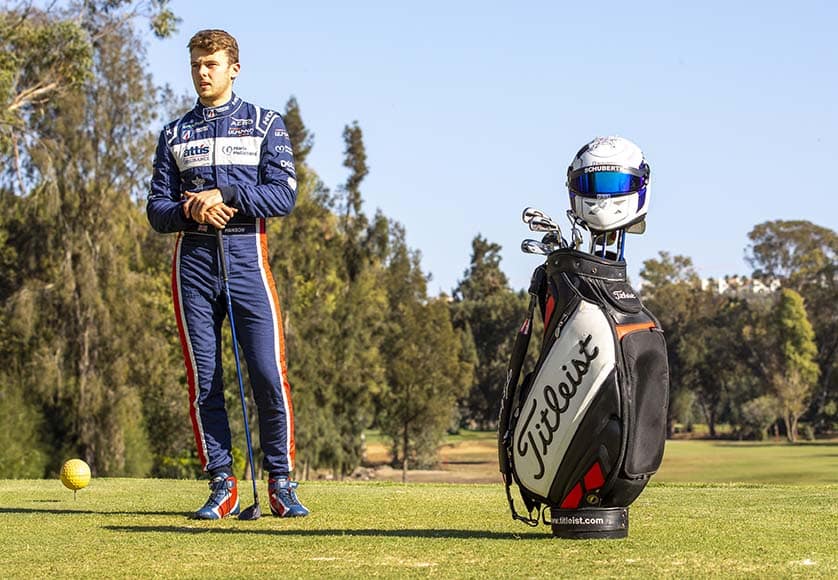 On the other hand, Duncan stressed the physicality that the Portimão circuit demands of drivers.

“Physically, it’s a challenge for a driver, which is something I like. I like to train hard, I like to have the edge on drivers physically, so it’s a good challenge,” he said.

United Autosports co-owner Richard Dean also spoke highly of the Algarve racetrack, stressing particularly how it has an “old-school feel” to it and the Algarve’s ideal conditions for hosting world-class motorsport events.

“Drivers love this venue, not just because of the facilities, but because it’s such a challenging circuit to drive,” Dean told us.

“In a lot of the more modern circuits – and the AIA is still quite a recent addition – it’s quite rare for them to have an old-school feel. When I say ‘old-school’, I’m referring to famous tracks like Spa-Francorchamps (Belgium), Brands Hatch (UK), and Laguna (USA) – all of those tracks have got character, undulation, challenging corners, and drivers find real challenge there,” he added, stressing that “this circuit has got it all”. 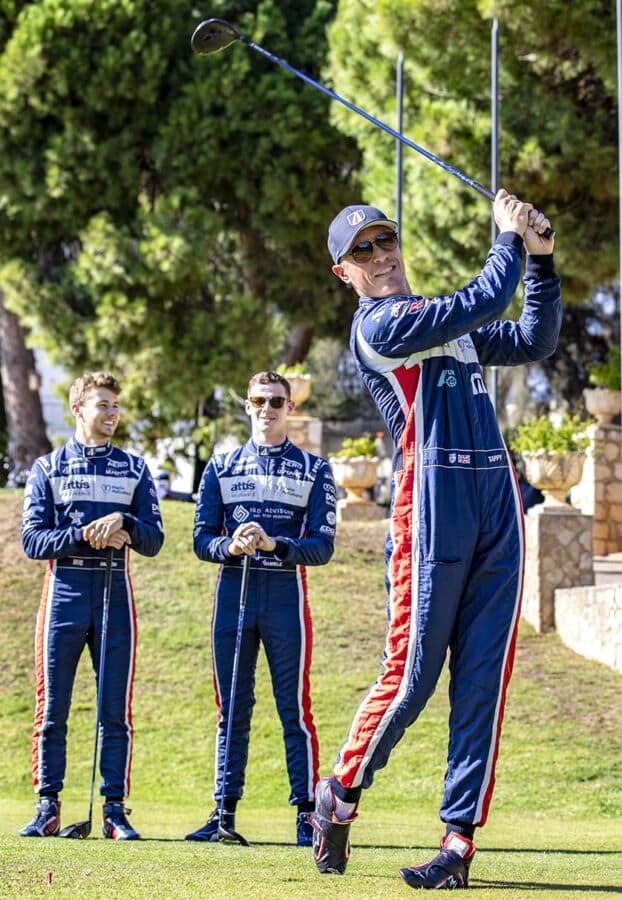 The Algarve also offers great conditions outside of the circuit, which helps convince sponsors and partners to maintain their support to team.

“It’s absolutely imperative that they come and enjoy their weekend, and feed back to the sponsors that they’ve had a great event and want to do it again, because if they do, sponsors will stay with us. These people want to stay in a nice hotel, eat at a nice restaurant, see some sights, and here (in the Algarve) we’ve got the ability to host a varied range of events, including the promotional event we’re doing at the golf resort,” he said.