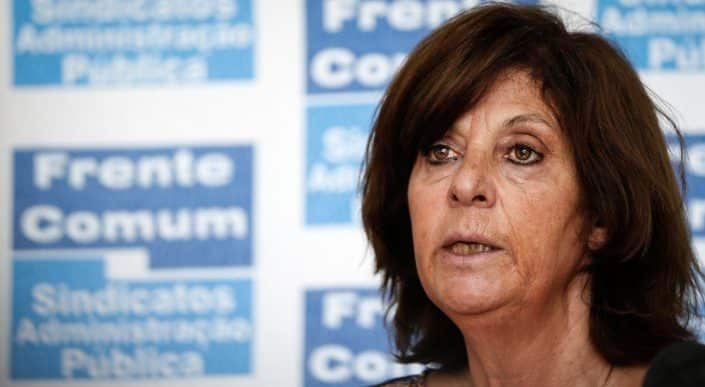 With proposals for the government’s 2020 State Budget (OE 2020) being revealed bit by bit in the press, today saw Frente Comum – the Common Front of public sector syndicates – storm out of negotiations, saying salary increases on the table “are an insult”.

She lambasted the government’s proposal to increase salaries by just 0.3% – in line with inflation up to November – as “an insult that is not worth any type of discussion”.

Promising “a strong response from workers”, Avoila is backed by by the CGTP (general confederation of Portuguese workers) which has called the government’s plan for salaries that have been static for a decade “shameful”.

Perhaps to detract from public sector outrage, the headlines this morning have focused on changes proposed for income tax which should result in families being able to deduct more for second and subsequent children.

Explain reports, in practice “families will pay less IRS” though the measures will cost the government €50 million.

The idea is to ‘incentivate an increase in the birth-rate”, bearing in mind Portugal is one of the countries with the highest per capita population of old people in the world.

As to other measures, a health budget of €800 million for next year has been billed as giving hospitals more leeway but actually representing very little in the way of ‘anything extra’.

Final touches are expected to be made in a meeting of the Council of Ministers tomorrow (Saturday), at which time President Marcelo may make some comments.

The president told journalists yesterday that he would not be giving opinions until the budget is approved and ready for delivery to parliament next week.