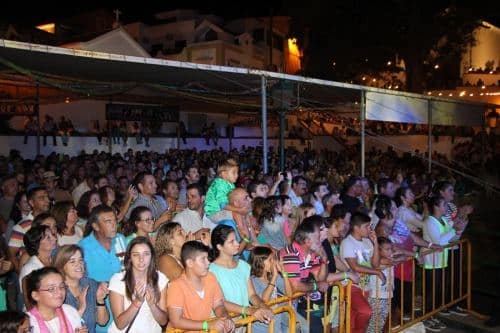 Unemployment in Portugal reached record levels in August – just below 16% – according to the latest official data from Eurostat.

The Portuguese government is standing by its earlier projections that the rate will reach a maximum of 16% in 2012. It is currently only one decimal point away from the estimated rate.  It is viewed that the government will probably have to revise its estimations to more realistic figures.

This is the opinion of Arménio Carlos, leader of Portugal’s largest workers’ union CGTP, who said that the latest Eurostat rate was “hardly a surprise” and that more people would be losing their jobs in the coming months.

With Portugal about to enter the low season for tourism, pundits consider that many employment contracts will probably come to an end this month and thousands of people, particularly in the Algarve, will be joining the queues at job centres.

The CGTP leader said: “If the unemployment rate reaches this level in August, when traditionally more people should be employed, then the number of jobless people will have to increase drastically until the end of the year.”

A nationwide, week-long protest organised by the union is taking place from today (Friday) until October 13. The action against unemployment and in favour of ‘alternatives’ to the austerity measures will see protests starting in Braga and ending in the Algarve, the region with the highest jobless rate in Portugal.

Commenting on the Eurostat statistics, the Secretary of State for Employment, Pedro Martins, has admitted that the latest numbers “are very worrying” but government predictions remain unaltered and are realistic.

“We are, however, adopting the necessary measures to ensure unemployment numbers are reduced in the near future,” he told the press during a ceremony at the Employment and Professional Training Institute in Lisbon.

“Clearly, this is a very high rate and it deserves our utmost attention and concern. The evolution of unemployment is a result of the adjustment the Portuguese economy is suffering, but structural reforms are in place.”

The Secretary of State reinforced the importance of developing training programmes in high-demand labour markets and said he was convinced Portugal would be successful in reducing its unemployment level if this course was taken.

In August last year, the jobless rate in Portugal was 12.7%.

In Greece, unemployment among young people stood at 55.4% in June, the latest available data, while in Spain the rate was 52.9%.

Germany is the Euro Zone country with the lowest jobless rate among young people at 8.1%, followed by Austria (9.4%) and the Netherlands (9.7%).

In August, a total of 34,000 people registered at job centres in Euro Zone countries, with unemployment in the region at 11.4% (or 18.2 billion people), the highest for the third consecutive month, according to Eurostat.

Spain, Greece and Portugal, with the highest number of jobless people, are the countries which have been most severely hit by the Euro Zone debt crisis and are having to implement austerity measures that penalise their economic performance.

Social Security €700m in the red

Portugal’s Social Security is estimated to be a staggering €700 million in the red in 2012. This is in stark contrast with March predictions from the government pointing to a positive balance of €98.5 million.

The Ministry of Solidarity and Social Security, Pedro Mota Soares, has been unable to implement any measures to stop the rising deficit, particularly as expenditure with unemployment benefits and employment support structures rose 22.6% in the first seven months of the year.

According to the National Statistics Institute (INE), 827,000 people in Portugal are currently without a job.

In more concrete terms, the Social Security could register a deficit of €694.1 million this year, according to government projections sent by the INE to Brussels in the second notification under the Excessive Deficit Procedure.