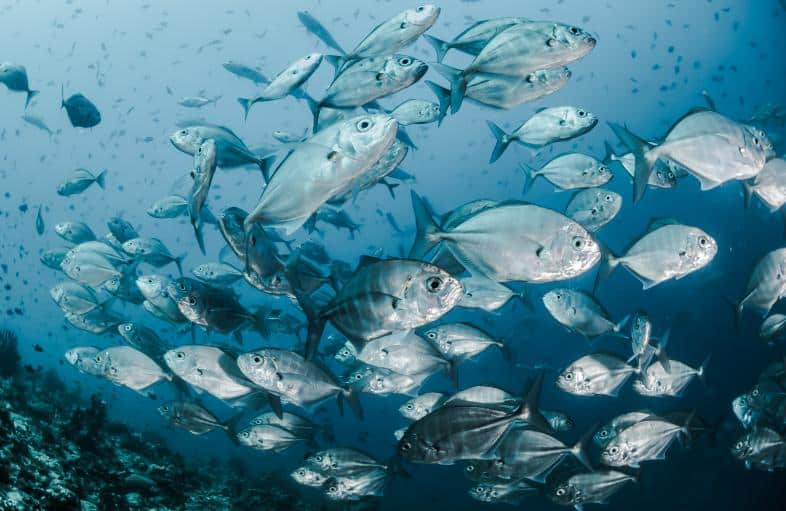 20,000 participants are expected in Lisbon this week for the UN Oceans Conference which opened this morning and will run until Saturday.

With the theme “Save the Ocean, Protect the Future”, the event brings together 193 countries, at least 26 heads of state, ‘heavy climate hitters’ and much more in-between.

Portugal’s minister of foreign affairs, João Gomes Cravinho, has said he hopes the event gives “decisive impetus” to the need to transform humans’ relationship with the oceans.

He made these comments at the opening of the ceremony, co-organised with the government of Kenya at the Altice Arena this morning.

The moment was also attended by the UN’s under-secretary-general for economic and social affairs and secretary-general of the conference, Liu Zhenmin, and Portugal’s minister of economy and the sea, António Costa Silva.

Gomes Cravinho said this week’s conference represents a historic milestone in cooperation between the UN and Portugal, stressing that the “promotion of sustainable management of the ocean has been a strategic priority for Portugal“.

This is the second-ever UN Oceans Conference. It was was meant to have taken place two years ago, but was postponed, due to the pandemic.

According to Lusa, the international community is expected to seek to push for the adoption of “innovative science-based solutions” for the sustainable management of the oceans, including action to combat water acidification, pollution, illegal fishing and loss of habitats and biodiversity.

Among big names attending will be the US special climate envoy John Kerry, French president Emmanuel Macron – and possibly even Boris Johnson on his way to the NATO summit in Madrid from the G7 meeting taking place in Germany.

Other presences have been confirmed by the President of Angola João Lourenço, and Vladimir Putin’s special envoy Ruslan Edelgeriyev.

Around 1,650 police and other agents are securing the venue and described as “particularly attentive to demonstrations by extremist groups”.

National media covering the panoply of problems facing oceans today highlight the threat posed by plastics which make up 85% of marine refuse. A recent study by the OECD has predicted that if nothing is done, the use of plastics will triple by 2060 – while only 16% of plastics are being properly recycled.

Tabloid Correio da Manhã has carried an easy to grasp diagram on what it calls ‘the iceberg of pollution’ in our seas. It begins with the run-off from agro-industry (a perennial lament by climate NGOs here – particularly with regard to activities along the coastal Alentejo), as well as from waste water. Chemical products in both alter the oceans’ ph values, and put marina flora and fauna at risk. Meantime, global warming has increased the temperatures of the seas, contributing to their acidification and the subsequent deterioration of marine ecosystems, while radioactive/ nuclear waste, openly dumped into the seas up until around 30 years ago, contaminates algae and plankton which are the base foods for many marine animals. The paper stresses that plastics continue to be the scourge of the oceans, causing the deaths of around 100,000 marine mammals per year.