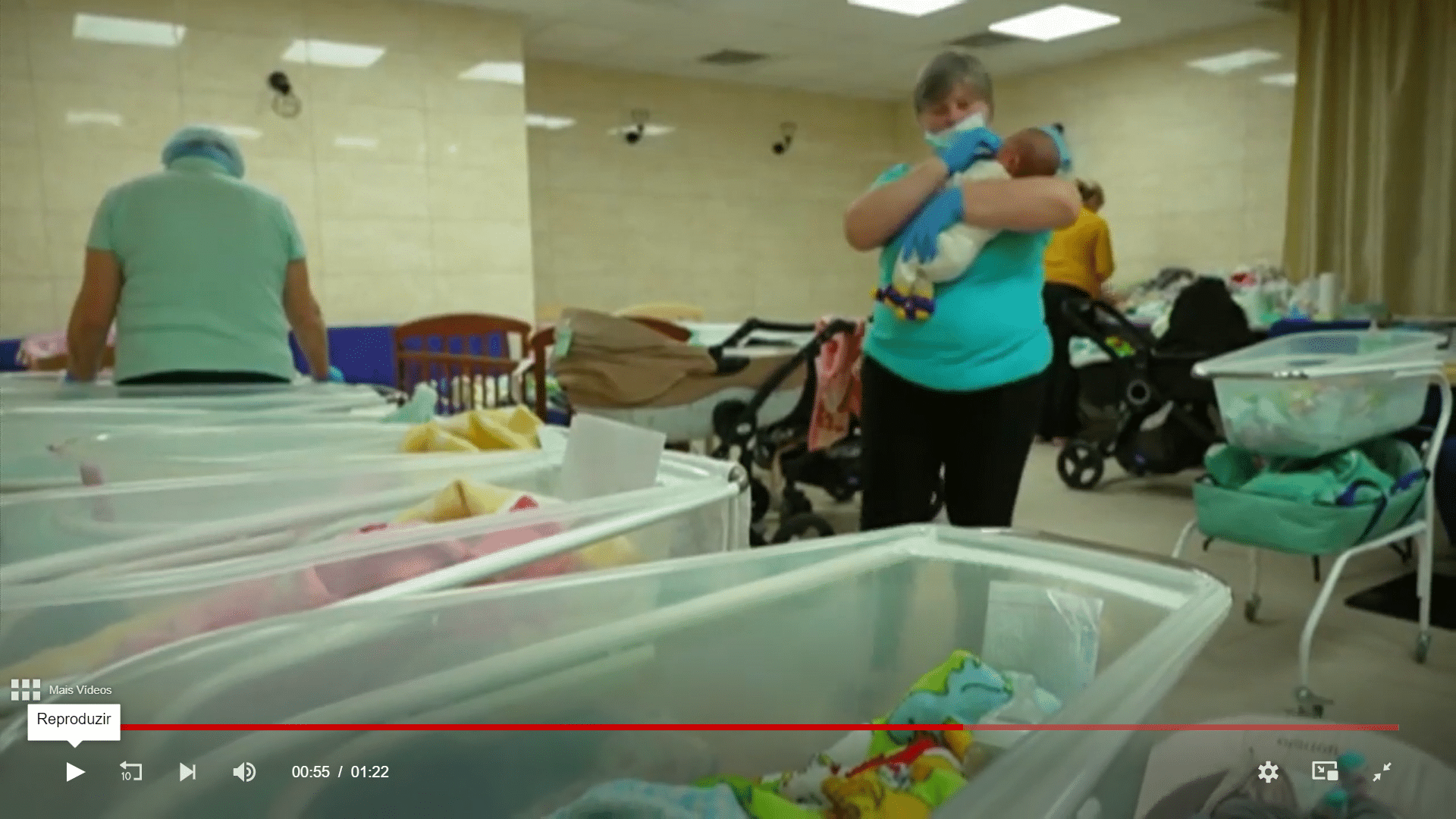 Childless Portuguese couples – desperate to start a family – have taken advantage of Ukraine’s much more liberal policy over surrogacy, and found their plans upended by the outbreak of war.

CNN talks about 35 couples. Other news outlets reduce this number by just over half. Whatever the total, there are desperate couples in this country waiting for news of their biological offspring caught up in a war zone.

Some will have already been born, and are being cared for in improvised clinics like the one featured by SIC television (see image), apparently well-protected underground.

Others are still developing in their surrogates’ wombs. These are the women the Portuguese government is trying to trace – to offer refuge here in Portugal, to have their babies in security.

It’s not even certain these women will want to leave Ukraine. But the offer needs to be made: the Portuguese couples waiting here have asked for this ‘at least’ to be a priority.

The task is far from simple. Most clinics dealing with these women have lost touch with them in the chaos.

In a previous report, SIC explained that some couples (at least one from Argentina, another from Germany) have already managed to enter Ukraine, reach the clinic where their babies were being cared for, and successfully left the country with them.

According to Ukraine’s surrogacy laws, infants must be removed from their mothers at birth, and then cared for in facilites, like one still operating in Kyiv, with round-the-clock midwives who simply do not know when it will be safe to go back out into ‘the outside world’.

One such couple, both in their late 40s and living in the United States, are faced with trying to get two babies out of the country: premature twin boys. The Washington Post has covered their story, explaining that surrogacy in Ukraine costs couples around 50,000 dollars (which is half that charged in the United States).