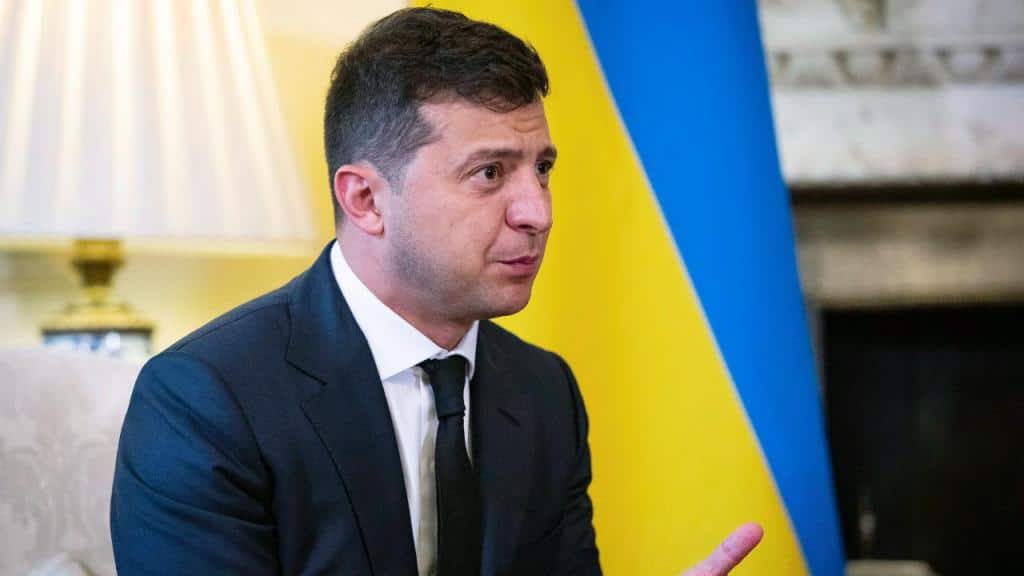 Ukrainian leader Volodymyr Zelensky has been in telephone contact this afternoon with his Portuguese counterpart, Marcelo Rebelo de Sousa.

A note on the President’s official site says “the current situation in Ukraine was addressed.

“The President of the Republic reiterated the vehement condemnation of Portugal (for Russia’s attack) and solidarity for the courageous Ukrainian resistance. This support has been implemented by the government, namely through the competent ministries”, says the note – adding that President Marcelo also “highlighted the role of the exceptional Ukrainian community in Portugal”.

Reference in the call made by President Zelensky was also made to the partnership under the European Neighbourhood Policy “to which Ukraine is part”.

Shortly after the conversation, the Ukrainian leader tweeted in English: “Talked to President Marcelo Rebelo de Sousa. Thanked for the closed sky for Russian planes, support for the decision to disconnect Russia from SWIFT and concrete defense assistance. Portugal provided weapons, individual protection means & other equipment to Ukraine. Together – stronger.”

The tweet has already had over 38,500 ‘likes’, and been retweeted thousands of times.