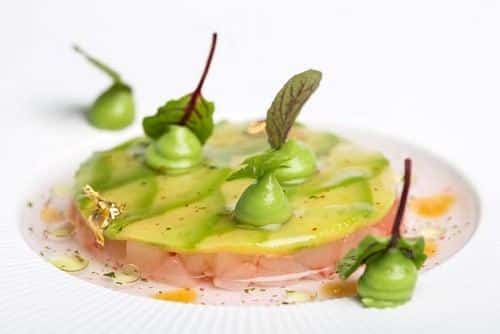 Bill Blevins is the Managing Director of Blevins Franks. He has specialised in expatriate investment and tax planning for over 35 years. He has written books and gives lectures on this subject in Southern Europe and the UK.

While most people know they are obliged to declare all their income on their tax return, not everyone does – but the story of what happened to one tax evader in the UK should make them think twice.

In many countries tax evasion is a criminal offence and in the UK, a British small-time trader could find himself in jail for four years for failing to submit a tax return.

The case involves a Mr Steed who between April 1, 2003 and December 31, 2004 carried out activities described as “moonlighting” –  various legitimate trading on which he failed to declare the taxable income generated.

HM Revenue & Customs did not know about him and so did not send him any tax returns, and Steed failed to request or submit one or to notify HMRC of his chargeability to tax.

Somehow HMRC found out about him, prosecuted him and initially charged him with three counts of tax evasion.

Following discussions between the two parties before the case went to court, HMRC agreed to drop the three charges if Steed admitted to one new charge.

This was of the common law offence of “cheating”, to which he pleaded guilty and accepted a tax liability of £3,558.

He probably thought that would be the end of the matter, but HMRC then moved on to bring confiscation proceedings against him under the Proceeds of Crime Act 2002 (POCA).

This was on the basis that Steed had enjoyed a “criminal lifestyle” (as defined by POCA) since he had committed an offence for at least six months from which he gained a benefit of at least £5,000 (HMRC argued that if Steed had submitted a tax return for 2002/2003 it would have resulted in a payment of £3,558 for that year plus a payment on account for the following year).

The Crown Court agreed. The judge found that Steed was unable to produce evidence to rebut the statutory assumptions that amounts expended by him and assets held by him had been obtained as a result of general criminal conduct on his part and the  Court imposed a confiscation order for £707,200.

If he is unable to pay the amount, he will receive a four year jail sentence instead.

Perhaps not surprisingly Steed appealed, arguing that the benefits he received were far below the POCA threshold. The England & Wales Court of Appeal, however, dismissed his appeal.

While the Court recognised that proceeds derived from legitimate trading were not benefits of criminal conduct (the benefits consisted of the tax evaded), Steed was not able to establish what proportion of his assets and expenditure were legitimate, and so he could not prove that items held by him were not the result of general criminal conduct.

This cautionary tale demonstrates how determined HMRC is to punish tax evaders and that they will also go after people who may believe they are small fry for the taxman.

Practitioners are concerned that the ruling sets a precedent and that other people who admit minor offences to HMRC, possibly in return for larger charges being dropped, could find themselves charged under POCA confiscation proceedings and end up in significantly more trouble.

It would be dangerous for anyone to presume that their case would just be heard by the lower courts and that, if found guilty, the worst penalty would be a fine.

More cases are now being taken to the Crown Court and could result in confiscation proceedings.

This story involves trading and income tax. HMRC has also now made its first arrests in its crackdown on offshore tax evasion.

Two British citizens have been arrested on suspicion of using Swiss bank accounts to evade tax. They have since been released on bail. According to Accountancy Age, they could potentially be charged under the Fraud Act, with a maximum seven year prison sentence, or with “cheating the revenue”, a common law offence where the maximum sentence is life imprisonment.

HMRC began gaining access to offshore bank accounts in 2007 and more tax investigations arrests are expected to follow as the taxman continues to get tough on those who evade tax both in the UK and overseas.

The Revenue is also getting a helping hand from whistleblowers. It is not known how HMRC found out about Steed, but it is possible that a member of the public reported him.

In the case of offshore tax evasion, the arrests of the two Britons came about after HMRC received stolen data on a Swiss bank’s clients.

New data on clients belonging to another Swiss bank have recently been handed over to WikiLeaks, which has said it will pass it on to the Serious Fraud Squad.

It is very important that you declare all your income and wealth as legally required in your country of residence. If you have moved abroad, for example from the UK to here in Portugal, it is your responsibility to establish how local taxation works, what your obligations are, how to submit your tax return and pay your tax each year etc.

Ignorance is unlikely to be accepted as an excuse. Likewise, any tax planning you employ must be fully compliant with the Portuguese legislation.

Blevins Franks Financial Management Limited is authorised and regulated by the UK Financial Services Authority for the conduct of investment and pension business. To keep in touch with the latest developments in the offshore world, check out the latest news on our website www.blevinsfranks.com