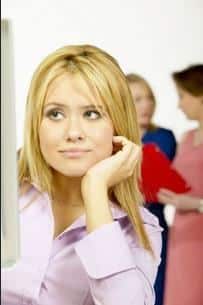 IN THE past five years, around one school a day has closed in the UK.

A further 300 primary schools are rumoured to be on the hit list, many in country villages.

There is massive anxiety in the Shires: if a school closes in one rural community, pupils must travel considerable distances to find another.

This is becoming an increasing problem throughout the EU and, indeed, in much of the developed world.

The question is why, and what is the answer?

More people are living longer and fewer children are being born.

This not only unbalances our society in terms of an ageing population in the short term, but in the longer term, it puts the very survival of society as we know it at risk.

To put it very bluntly, there are too few young people to pay for too many old people.

When asked, young couples across Europe say they would like to have an average of 2.3 children.

If they had them, there would be no problem.

However, in practice they only have 1.5, which means the overall native population will halve within two generations.

The traditional working age population will decrease by some 20 million over the next 20 years.

Meanwhile, the number of people over 65 is predicted to increase by over 40 per cent over the next 40 years.

There will only be two working taxpayers funding the pensions of each pensioner in future, compared with four workers at the moment. The numbers simply will not add up.

The problem is being masked within the UK and Spain by considerable immigration flows.

But immigration, of course, brings its own challenges and does not resolve the underlying problem.

Clearly, politicians cannot force people to have more children but they can help enable them to make the choices they wish for.

Given the common nature of the problem, MEPs have been comparing best practice across the EU and I was the official draftsman of the European Parliament Report.

The report pointed out the many real problems of grappling with full time employment and practical parenthood.

It highlighted the important potential of part-time work for young parents temporarily exiting or re-entering the labour market.

It described the need for more flexibility in the workplace in general to balance work and family life better.

It pointed out the need for more help with childcare for parents who needed to work.

It also described the importance of affordable housing.

Politicians cannot find solutions to every problem. But in any country, the party that best recognises what is the problem in the first place is best placed to try.