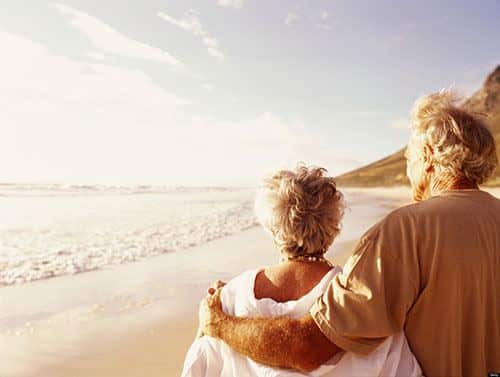 The new pension regime coming into effect on April 6 2015 provides much more flexibility for drawdown pensions. Many people will want to take advantage of this, but it is important to consider all the implications to establish what will be most beneficial for your personal situation.

You can start to take an income from your pension funds from age 55 under the “drawdown pensions” regime. The alternative is to buy an annuity. Drawdown provides an ability to take income from the underlying investments, allowing personal investment control of the funds and flexibility of the income drawn. You have a choice of “capped drawdown” and “flexible drawdown”.
With capped drawdown, your pension remains invested and you take an income. The amount of income is capped at 150% of an equivalent annuity (the “GAD rate”).
Under flexible drawdown, you can withdraw as much of your pension as you like. You could take the whole fund in its entirety as a lump sum, or part withdrawals of however much you need.
UK residents receive the 25% tax free pension commencement lump sum, but the rest is taxable. For those living outside the UK, tax would be chargeable on some or all of the withdrawal, dependent on taxation in your country of residence. Here in Portugal, the local tax regime can provide opportunities, if you take specialist advice.
To access flexible drawdown you must meet the “minimum income requirement” of £12,000 of secure pension income.
With capped drawdown, you can contribute up to £40,000 per year into a pension fund, tax free. With flexible drawdown, you are no longer able to contribute to your pension fund.
British expatriates are able to continue to contribute to a UK pension and get tax relief, provided they had a suitable plan in force before they left the UK. The amount they get relief on is capped at £3,600 per annum for five years following departure from the UK, or 100% of their net relevant earnings. However, although the legislation allows this, some providers will not accept contributions from overseas residents.
When the balance of the fund is paid to your beneficiaries on death, there is a 55% tax charge if you are aged 75 or over, or if you have started taking benefits
.

As announced on September 29, the 55% death charge will be abolished. If you die under the age of 75, your pension pot will pass to your beneficiaries tax free, even if it is in drawdown. If you are over 75 years, your heirs will pay their marginal rate of tax. In this case, if they opt to take it as a lump sum, a 45% fixed rate will he charged (the government hopes to change this to their marginal rate from 2016).
Both capped drawdown and flexible drawdown will be replaced by a new “flexi-access drawdown”.
This new form of income drawdown has no upper limit on how much members can take. It works similar to flexible drawdown, but with no minimum income requirement.
As before, expatriates can continue to contribute to their existing UK pension.
However, under this new regime you can only contribute up to £40,000 tax free a year, if you have not taken any benefits from the fund. If you take anything, even a tiny one-off withdrawal, the allowance drops to £10,000. If you exceed £10,000 there is a tax charge.
Many people took their lump sum at the minimum retirement age by moving into capped drawdown, but have not started taking an income. They have been able to contribute up to the £40,000 limit to their pension fund each year.
Once the new rules come into effect next April, many people will consider moving from their existing drawdown plan into the new flexi access plans.
You need to consider this carefully. If you are still able to contribute to a UK plan, and the amount is above £10,000, you may be better off keeping your current plan. Middle to high earners could easily exceed the £10,000 limit, if not now maybe in the future.
This is one example of why you should not rush into anything when the new rules come into effect. You need to consider all the options and how they affect you personally from a tax and long-term financial security point of view.
Specialist, professional advice is essential to make sure you understand all the implications and make the best decision for you. For peace of mind, your adviser should be authorised by the UK Financial Conduct Authority. Indeed, it will be a statutory requirement for transfers out of private sector defined benefits schemes to be regulated by the FCA.
Tax rates, scope and reliefs may change. Any statements concerning taxation are based upon our understanding of current taxation laws and practices which are subject to change. Tax information has been summarised; an individual is advised to seek personalised advice.
By Gavin Scott
|| features@algarveresident.com
Gavin Scott, Senior Partner of Blevins Franks, has been advising expatriates on all aspects of their financial planning for more than 20 years. He has represented Blevins Franks in the Algarve since 2000. Gavin holds the Diploma for Financial Advisers. | www.blevinsfranks.com