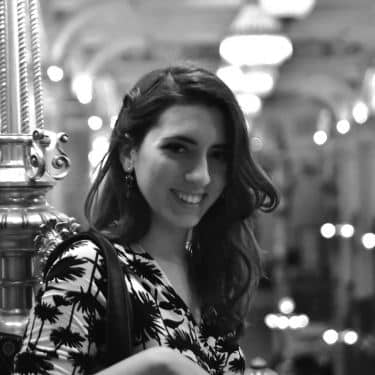 Do you remember John Major telling us that he wanted “to see wealth cascading down the generations” in the UK? All these years later and inheritance tax is still with us. It remains with us even when we leave the UK to live abroad – you cannot leave inheritance tax behind you as easily as many other taxes.

Your liability to UK inheritance tax is not directly linked to where you are resident; instead it is determined by domicile. Many British expatriates remain liable for this tax even if they have lived abroad for many years.

Inheritance tax is a combination of a death duty and in some circumstances a gifts’ tax. If you are a British domicile, it is charged on your worldwide estate at the time of your death, plus any assets you have given away as gifts over the last seven years. It is also payable on certain lifetime gifts.

The first £325,000 is taxed at 0% – the ‘nil rate band’ per individual. This threshold usually increases each year in line with inflation, but as part of austerity measures it has been frozen since April 2009, and will not increase until at least April 2015. This is effectively a tax rise in real terms because of inflation. When it does start to increase, it will be linked to the Consumer Price Index and not the Retail Price Index as previously. Since the CPI is generally lower than the RPI, this is in effect another subtle tax rise.

UK assets remain as always liable to inheritance tax regardless of domicile.

There is no inheritance tax on assets passing between spouses and civil partners.

There is one exception. If you are a UK domicile but your spouse is not, they do not benefit from the blanket spousal exception. They would currently only receive a one-off allowance of £55,000, on top of the general £325,000 nil rate band (so a total tax free allowance of £380,000)

This should improve following plans announced at the 2012 Budget. If it goes ahead, from April 2013 the one-off allowance will increase to £325,000, giving non-UK domiciled spouses a total allowance of £650,000.

When it comes to leaving assets to the next generation (or indeed to anyone you wish), spouses and partners can benefit from double the nil rate band. Since April 2008, any unused portion can be carried forward and used by the second partner on their death, giving a couple a potential combined threshold of £650,000.

It is the unused portion that gets carried forward, rather than the actual value. So if the first spouse uses 50% of their allowance, the second spouse will have a nil rate band of £487,500 on their death (£325,000 of their own, and £162,500 from the first deceased spouse).

Domicile is a much more permanent concept than residence. It is notoriously difficult to change your domicile, but not impossible if you have permanently left the UK, do not plan to return, have moved to a new country and plan to remain there permanently. The basic rule is that you are domiciled in the country where your life is centred, and which you regard as your homeland.

Even if you do successfully adopt a new domicile of choice, you will still be ‘deemed’ to be a UK domicile by HM Revenue & Customs (HMRC) for the next 36 months.

Also, if you or your spouse returns to the UK in future, you are likely to immediately regain your UK domicile of origin.

Determining and changing domicile is complex and can be very costly for your heirs if you get it wrong, so it is essential to take professional advice. Blevins Franks specialise in this particular area and can review your situation and advise on whether you can adopt a domicile of choice outside the UK and how to do so.

In most cases, inheritance tax bills should be settled within six months of the end of the month of death; after this interest starts to be applied. This can cause problems for your heirs if your estate does not have enough illiquid assets, or if it takes longer than six months to obtain probate.

If much of your assets are overseas, eg property and bank accounts here in Portugal, bank accounts in Isle of Man etc, then probate can be particularly complicated as it needs to be obtained in each country. You may be able to use arrangements for some of your assets that do not need to go through probate and should seek advice on this.

Inheritance tax is often described as a ‘voluntary tax’ since you can often take steps to lower the tax liability for your heirs. You should take advice on this as well as on how inheritance tax interacts with Portuguese stamp duty. Blevins Franks has a deep insight into both UK and local taxes, and would guide you through the rules and the best solutions for your estate.

The tax rates, scope and reliefs may change. Any statements concerning taxation are based upon our understanding of current taxation laws and practices which are subject to change. Tax information has been summarised; an individual should take personalised advice.

To keep in touch with the latest developments in the offshore world, check out the latest news on our website www.blevinsfranks.com