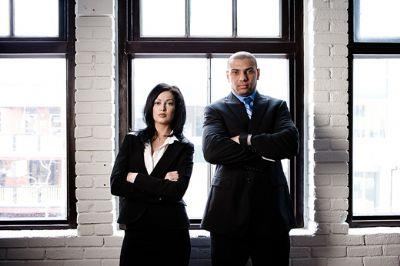 Britain’s higher earners are to bear the brunt of tax increases in the UK’s April Budget.

Those earning over 150,000 pounds Sterling will have to cough up a whopping 50 per cent in income tax, a figure not seen elsewhere in a major economy in the developed world.

Top earners are to suffer a triple whammy in that they are also targeted with the loss of personal allowances and a cut in tax relief on pension savings. The reduction in personal allowances was announced in November and from 2010 affects those with income above 100,000 pounds. From April 2011, pension tax relief for those with incomes over 150,000 pounds will be gradually tapered to 20 per cent for those earning over 180,000 pounds.

“I believe that it is fair that those who have gained the most should contribute more,” Chancellor of the Exchequer, Alistair Darling said.

The tax attack on the wealthier is expected to raise as much as 5.5 billion pounds by 2012, but according to critics this figure is unlikely to make much of a contribution to lowering the national debt.

Darling said that Britain faced the most serious global economic turmoil for over 60 years. He said the UK economy contracted by 1.6 per cent in the last quarter of 2008 and he expected it to contract again by a similar amount for the first quarter of 2009. He cut his forecast for Growth Domestic Product (GDP) for the whole year by 3.5 per cent but expected “to see growth resume towards the end of the year”. He forecast GDP in 2010 to grow by 1.25 per cent. “From 2011, I am forecasting that the economy will continue to recover, with growth of 3.5 per cent from then on”.

The overall national debt will amount to a staggering 1.4 trillion pounds within five years. Interest payments will cost taxpayers 42.9 billion pounds in 2010/11. The Institute for Fiscal Studies (IFS) divulged that the cost to every family of fixing the budget deficit will be 2,840 pounds per year for a decade and that it will take until 2032 for the national debt to return to sustainable levels. The IFS said there was a gap between the amount of money that would be raised by the tax measures announced in the Budget and the amount the Government needed to fund its spending plans. Future chancellors would be forced to raise even more money to fill a ‘breathtaking’ long-term hole in the public finances.

The Government believed that allowing borrowing to rise was “…the right thing to do. The alternative, to take money out of the economy now, as some have suggested, would damage key public services, create more unemployment, lengthen the downturn and lead, in the end, to higher, not lower debt,” Darling said.

Other tax increases in the Budget will affect high and low income earners. There was the usual increase on alcohol and tobacco this year at two per cent. The increase in fuel duty by two pence per litre will be delayed until September and will then rise by one pence a litre above inflation each April for the next four years.

The stamp duty holiday on properties sold for less than 175,000 pounds sterling will be extended until the end of the year and there was an 80 million pounds extension to the Government shared equity mortgage scheme HomeBuy Direct. An extra 500 million pounds will be allocated to “kick-start building on housing projects, stalled because of the credit crunch.”

The amount that can be put into a tax-exempt Individual Savings Account (ISA) will increase from next year to 10,200 pounds sterling from 7,200 pounds of which 5,100 pounds, currently 3,600 pounds, can be in a cash ISA. The average ISA account is paying around two per cent and as expatriates are not allowed to invest fresh funds into an ISA (which are also not tax-free overseas) it may be better to transfer the funds to investment bond portfolio which is more tax efficient in your country of residence.

The Budget’s tax-attack on higher earners could well see many considering making a more favourable country their tax base. Certainly they will be forced to consider alternative ways to lessen UK tax and increase tax savings. Critics feel that the unprecedented tax rate will see an exodus of wealthier UK tax residents and will have the opposite effect of taking revenue away from the Treasury rather than add more to it.

The Chancellor’s predictions of tax receipts and growth also appear unrealistic to many outside the Treasury. Either way it seems that tax may well have to increase further for many years ahead. There is an opportunity, however, to minimise your tax liability wherever you live. Experienced financial advisers Blevins Franks can help with your tax planning and portfolios to escape punitive taxation.