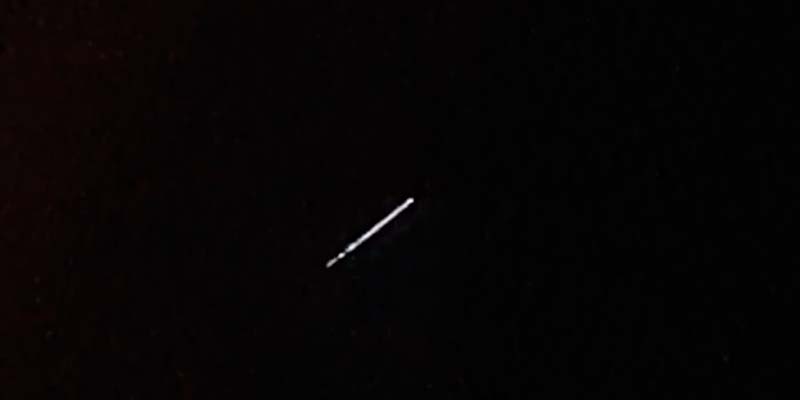 It was not a bird nor a plane. The unidentified flying object which many people described as a strange beaming light in the Algarve night sky on Monday (November 11) was in fact a row of 60 Starlink satellites which were launched into orbit from a Falcon 9 rocket that took off from the Cape Canaveral Air Force Station in Florida, USA.

Despite the distance, the row of satellites was visible from as far as the Algarve.

So said local meteorology website Meteofontes which confirmed that many people were “asking about the strange lights that they had spotted in the sky”.

The company was founded in 2002 to “revolutionise space technology, with the ultimate goal of enabling people to live on other planets”.

This particular mission aims to use the deployed satellites to provide “a low latency, broadband internet system to meet the needs of consumers across the globe”.

The launch of the rocket was shared in a live video with viewers from around the world able to tune in and watch (see video below).

“Enabled by a constellation of low Earth orbit satellites, Starlink will provide fast, reliable internet to populations with little or no connectivity, including those in rural communities and places where existing services are too expensive or unreliable,” the company says.

SpaceX plans to continue launching Starlink satellites in batches and aims to provide service to parts of the northern US and Canada next year, according to Starlink’s website.

“We see this as a way for SpaceX to generate revenue that can be used to develop more advanced rockets and spaceships,” Musk told journalists during a conference call in May.

He explained that this was a “key stepping stone on the way toward establishing a self-sustaining city on Mars and a base on the moon”.