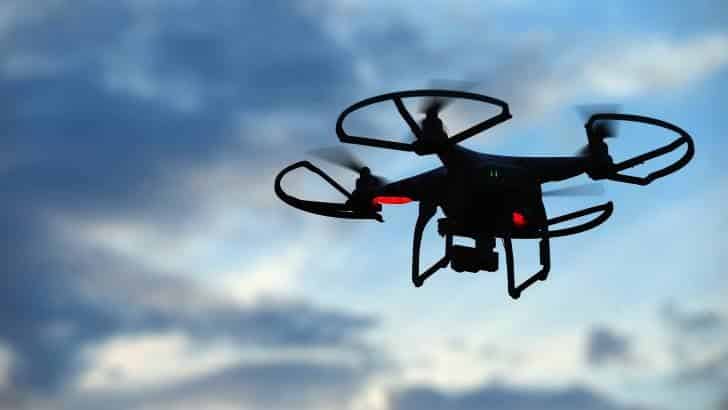 It was shortly before 11pm on Wednesday (September 19) that air traffic controllers at Lisbon Airport spotted a drone flying over one of the airport’s runways, forcing them to suspend all flight operations for 11 minutes.

Two planes had to be diverted to Faro Airport due to “fuel management” and another 10 were held up and had to wait to receive a ‘green light’ before landing.

PSP agents tried to locate the drone and those controlling it but were unsuccessful.

Airport authority ANA confirmed the incident which is being investigated by PSP police and the national agency of civil aviation (ANAC).

The two flights that were diverted to Faro had around 300 passengers onboard who spent the night at hotels around the Algarve.

One of the flights was operated by Transavia and the other by Vueling. However, one of the passengers told Correio da Manhã tabloid that they felt little support from Vueling.

“We got to the hotel at around 3am and were not entitled to a meal, a sandwich or anything. Nobody asked us if we needed anything,” said the passenger, who asked to remain anonymous.

The passengers were taken to Lisbon by bus the following day.

It was less than a month ago that a similar incident involving a drone shut down Lisbon airport’s airspace for around 26 minutes. Two other drone incidents were also registered weeks before.

The presence of drones near airports is becoming a global issue. ANAC prohibits the flight of drones near Portuguese airports. Penalties range from fines of €300 euros to €7,500 and can include jail terms (maximum 10 years).