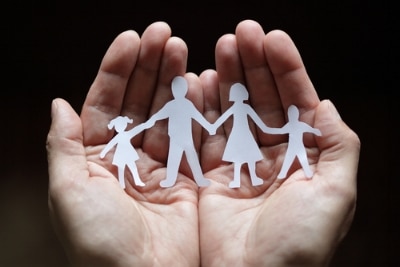 Two out of every three Portuguese families are struggling to make ends meet.

This is one of the conclusions of a new study by consumer watchdog DECO in a week when data from the Institute of Employment and Vocational Training shows unemployment throughout the country has leapt nearly 37% (the percentage is far worse in the Algarve: 74%).

Stresses DECO, “more than half Portuguese families lost income in 2020”.

The pandemic has served to “highlight the inequalities that already existed”, says the organisation which listened to almost 4,700 households before publishing its findings.

The report’s bottom line is that 63% of families are in financial difficulties (6% describe their situations as “critical”); only 31% say they are financially ‘comfortable’; 27% say they have lost a quarter or more of their income, while one in four households say income has fallen, but by less than 25%.

Less than half those involved in the study admitted to being ‘unaffected’ in terms of what DECO calls ‘financial health’ (in other words, more than half have been affected).

In short, says the consumer watchdog: “Tough political decisions on economic activity with particularly weight in determined sectors have taken thousands of Portuguese people to the limit of their financial capacity”.

The situation “is only attenuated by measures of State support, like moratoria and lay-off regimes which have placed the country on life-support”.

Expenses giving people “the most difficulties” according to DECO, are those associated with fuel, maintenance and insurance of motor vehicles (54%), dental costs (51%), house maintenance (46%) and expenses for spectacles and/ or hearing aids (42%).

Meantime, officially there are now 431,843 people in Portugal without a job. This number, published on Monday, means 116,000 jobs have been lost since February 2020 – the month before the pandemic hit.

The Algarve has been the worst affected region, with jobless figures spiking 74% to 33,458 last month.

“No crisis in recent history has hit Portugal’s economy as hard” wrote Reuters this week, describing the slump in GDP last year as being the largest since 1936.