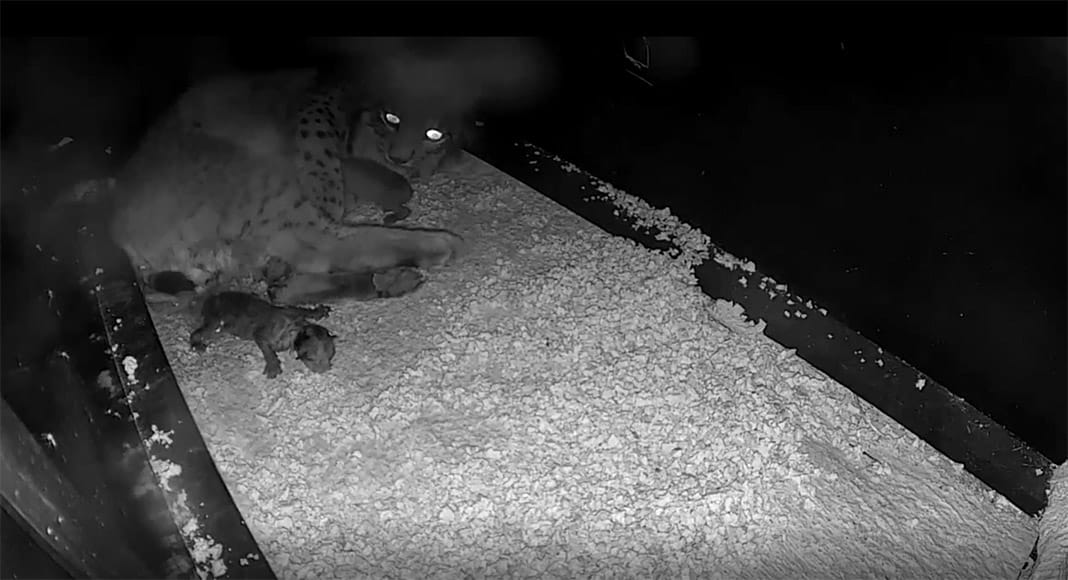 Mother ‘Jabaluna’ is an eight-year-old lynx who had already given birth to seven cubs in the past, but only three survived.

Jabaluna is said to be “caring for her cubs well and reviving her maternal instincts”, revealed the ICNF.

Father ‘Hermes’ had already mated with Jabaluna in the past as well as with Fresa. Seven of the offspring survived, with four being released into the wild.

ICNF adds that three females – Fresa, Juncia and Juromenha – are expecting to give birth as soon as this weekend, describing these latest births as “hope” for the future of Portugal’s Iberian lynx reproduction efforts.