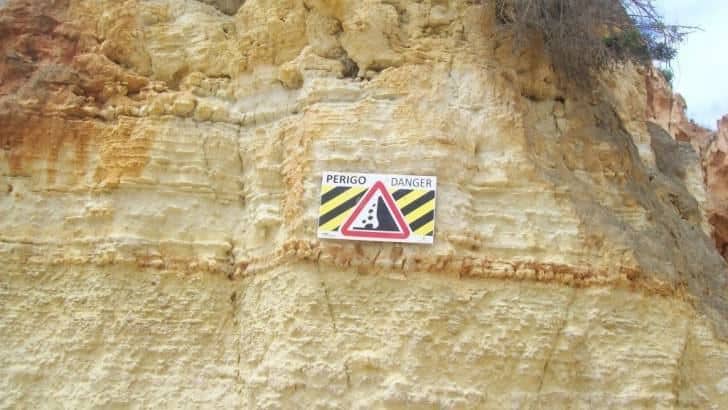 A cliff at the Vale do Olival beach in Lagoa gave way on Tuesday (March 20), making it the 24th rockfall in the Algarve during the winter season.

No one was injured but the collapse was described as the biggest in the last few months along the western coast of the Algarve. According to environmental boss Sebastião Teixeira, around 1,000 tonnes of rocks fell onto the beach.

The collapse happened precisely in the area where a warning sign was placed.

Readers may recall that maritime authorities issued several warnings this month about the precarious state of the region’s cliffs following March’s dismal weather.

Teixeira says that other cliffs in the region are still showing “signs of instability” due to strong winds and heavy rainfall.

The Algarve’s environmental authority (APA) has been monitoring the region’s coastline even more than usual because of this and will continue doing so until May to determine which areas are at risk of more collapses.