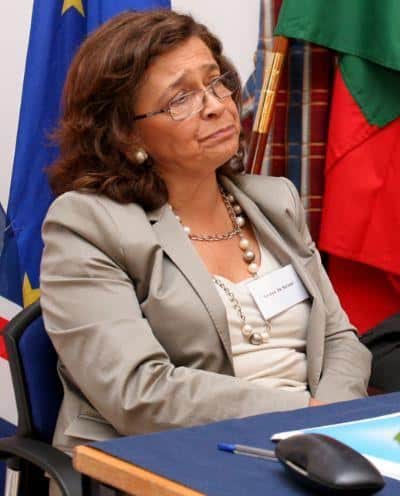 Portugal has become increasingly pessimistic about the future because the country has been in constant crisis since the year 2000, according to a political analyst.

Speaking to the Algarve Resident last week, Público newspaper columnist and political analyst Teresa de Sousa said that Portugal had been in a situation of economic stagnation well before the current crisis.

However, she dismissed claims that the José Sócrates government had been “incompetent” and said that it had tried valiantly to tackle many of the country’s long standing problems including the public accounts and public spending and educational reform, while it had made a serious drive at promoting innovation and research and development as well as slashing bureaucracy in aspects such as the time it took to set up businesses.

Teresa de Sousa said that Portugal’s current wave of pessimism partly explained what she termed “contradictions” in as far as the Portuguese, on the one hand, generally supported European and world institutions and displayed a remarkable openness to outside ideas, ideals and policies, such as EU enlargement, but on the other hand were turning their attentions towards the Portuguese speaking African countries (PALOP) – Angola, Guinea Bissau, Cape Verde, Monzambique, São Tomé e Príncipe.

“A growing disillusionment with the European project, disenchantment from not seeing rapid results from reforms at home and the world economic crisis have all encouraged Portuguese business to turn to former colonies where it is perceived as easier to make “quick money” than to focus on more painful structural reforms, innovation, competitiveness and productivity issues at home,” she said, adding that this was a “mistake”.

“We, historically speaking, have the oldest unchanged frontiers in Europe and because we were fenced in along the Atlantic coast, we had nowhere else to go but across the seas where we discovered new lands in Africa, Asia and India which formed the base of a colonial empire,” said Teresa de Sousa.

With the loss of the colonies, Portuguese had to turn their attentions to Europe and the European Union project for economic survival.

“In the 20th century, we often felt ourselves on the margins of Europe, as outsiders who weren’t really involved in major international events,” she said.

“Now there are signs that we are once again turning towards our former colonies and the United States because of entrenched problems at home that the European project can’t fix.”