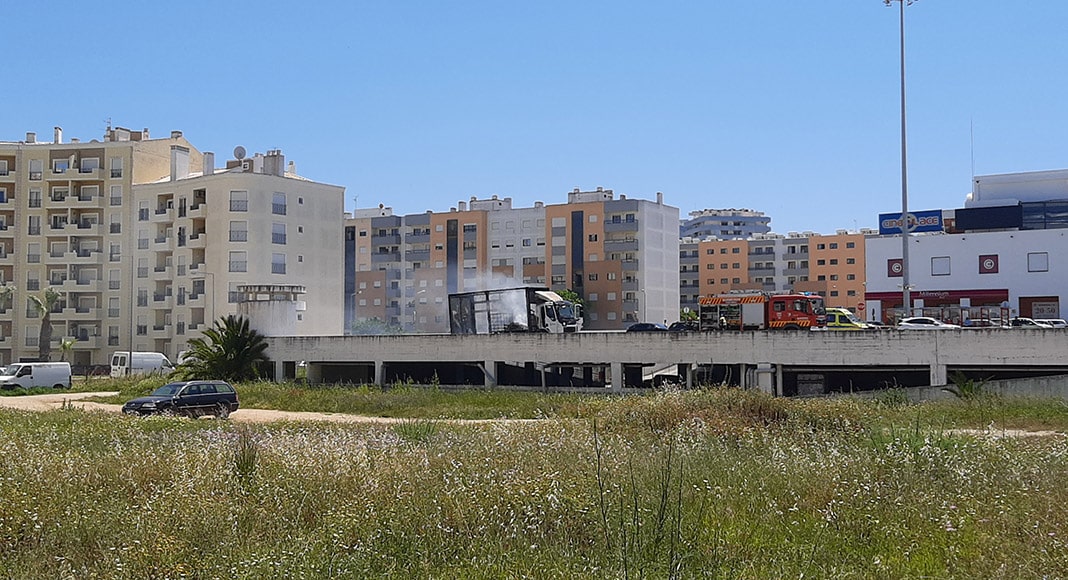 There were moments of panic in Portimão today after a truck caught fire in the outdoor car park of the Continente shopping centre just before 1pm, casting large plumes of black smoke in the heart of the town.

A Resident reporter was near the scene and heard two large explosions after the vehicle caught fire. Concerned citizens in the area immediately rushed to the scene curious about what could have caused the loud explosions, but the area had been cordoned off.

A source from CDOS Faro (district rescue operations command) told us it was unaware of the explosions, although it confirmed that firefighters and PSP police were called to the scene at 12.58pm due to a vehicle which had caught fire.

The source confirmed that no one was injured and that the flames had already been brought under control.

The cause of the fire is still unknown.