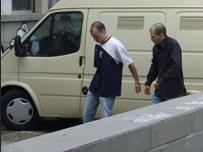 FARO Court cancelled the hearings scheduled for this week in the case involving six Romanian men who are being accused of a series of violent robberies at isolated houses in Faro, Olhão and Loulé during 2006 and 2007.

The court sessions, which were to have been carried out through video-conferencing on Monday and Wednesday (April 7 and 9), were to hear testimonies from Dutch victims who were temporarily staying at a house in Olhão, one of several houses targeted by the gang.

Dutch citizens Johan Willen Wolf, Dick Robert Wolf, Margaretha Creman and Whilhelmina Cornélia Van Spengen, were due to testify from Holland against the gang attack which happened on January 27, 2007.

According to judge Jorge Antunes, who is leading the trial, the Dutch court announced on Thursday (April 3) that the video-conferencing could not take place for technical reasons. At the time of going to press, a new date for the hearings had not been released, although the Portuguese judge assured that a new session would have to be scheduled for no later than May 7.

Marius Lovin, 21, Alexandru Stoica, 21, Claudiu Vilcan, 29, Marius Lazar, 32, and Ion Radu, 32, all with Romanian nationality, are being accused of several crimes of aggravated robbery, kidnapping, coercion and IT fraud, including stealing the credit and debit cards of the victims, and forcing them to reveal the pin codes (See The Resident edition of March 6).