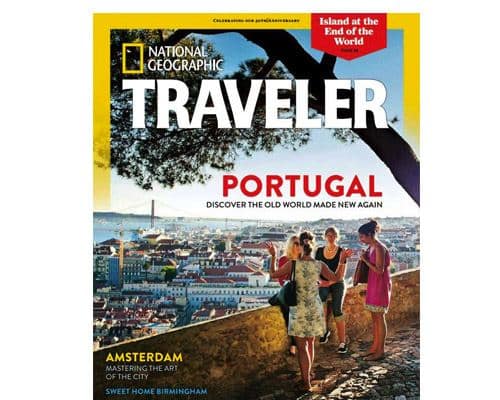 Portugal is featured on the front cover of National Geographic’s Traveler magazine for August/September, with a subtitle that reads: “Discover the old world made new again” and a beautiful picture of Lisbon.
The article, written by the magazine’s former editor Janelle Nanos, presents a road trip along the Portuguese coast and declares Portugal to be a country “made for travellers”.
The Traveler is one of the world’s most successful travel magazines.