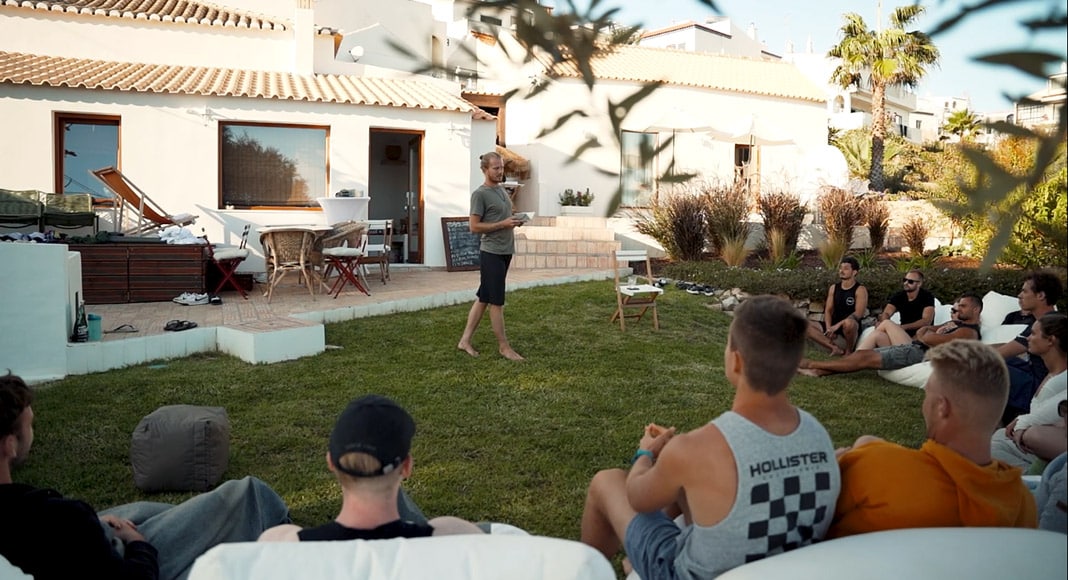 “Are you ready to receive these offerings?” It is with this slogan echoing in their minds that Alex Wirthl’s clients find the determination to fly to the Algarve and be immersed in this unique experience known as Receive Retreat.

“Everything started with a morning visualisation where I could see myself walking around the potential villa with my guests,” recounts this Austrian-Portuguese man, who is an inspiring conversationalist. With a background in Marketing and Sales, Alex became interested in exploring areas of meditation, yoga, and nutrition, especially after 2013, when a significant moment took place that changed the course of his life.

According to Alex, there are two big reasons why people initiate their spiritual journey, and one of them is the moment when something very tragic occurs, which is what happened in his case: “I was 29 when my father died, and he not only perished but he also left financial chaos on our backs; right after that, my girlfriend left me.” These three events combined were the reason why he “had to start seeking the answers within”, Alex revealed.

His self-transformation played a big role in the conception of Receive Retreat. As he tackled a big depression, Alex had to switch off from everything, so he followed his mother’s advice and immersed himself in a retreat where he had the chance to benefit from all the wonders of yoga, meditation, movement, massage, and nutrition.

“Before this happened, I was always seeking happiness in the external things, but from that moment on, I realised I had to stop fighting the symptoms and go to the roots of the problem,” he states. Alex started practising lots of yoga and meditation, took several courses including in areas of nutrition, breathwork and massage, and began working in retreats where his role evolved from being a receiver to being the provider. His empathy for others’ processes grew to the point that, as that morning visualisation once unveiled, he felt he had to create the right environment for people to suffer that transformation.

“More than just a retreat, Receive Retreat is an experience where people can challenge themselves and go beyond their limitations, doing something which is the initiation to adult life,” he explains.

“And the result of the first retreat was incredible!” A retreat is five days, and each day represents one of the five elements, starting with the Earth element, followed by Air, Fire, Water and, on the last day, the schedule is arranged to fit the activities related to the Space element.

From yoga and meditation to movement, breathwork and sound healing, participants can also count on the powerful method of ice bathing, a practice that has been revolutionary within the self-development scene. But there is more: stand up paddle tours, cacao ceremonies, ecstatic dance sessions and the opportunity to dig into “mind science” sessions, a set of presentations and workshops available to shed light on nutrition, sustainability, and willpower.

“We are talking about a five full-days retreat”, but there is an important aspect behind all this. Most receivers join the retreat as the ending point of a Coaching program that lasted nine weeks. “I have a partnership with a coaching system from a Switzerland Youtuber that thrives in the German-spoken countries, so my target is mostly people from Germany, Austria and Switzerland,” he explains. The idea is to give these people the chance to gather in a physical space with others who, likewise, completed the online coaching programme with Alex Wirthl. The location for the retreats is not always the same, but in the coming retreat the group will be hosted in a stunning villa near Meia Praia, in Lagos, and Alex and his team are taking into consideration all the precautions that the context demands from them.

“People are slowly awakening and that in times like these, human connection and self-development are crucial”, says Alex.

If Alex Wirthl’s guests arrive in the villa and “shake hands in a shy, disengaged way”, it only takes them a few days to be completely connected, hugging, laughing, and sharing the common feeling of overcoming and self-achievement.

Asked if Receive Retreat represents a dream come true, Alex answered that “it is more like a manifested vision. The willpower of seeing people growing and positively transforming is what made this project possible”. 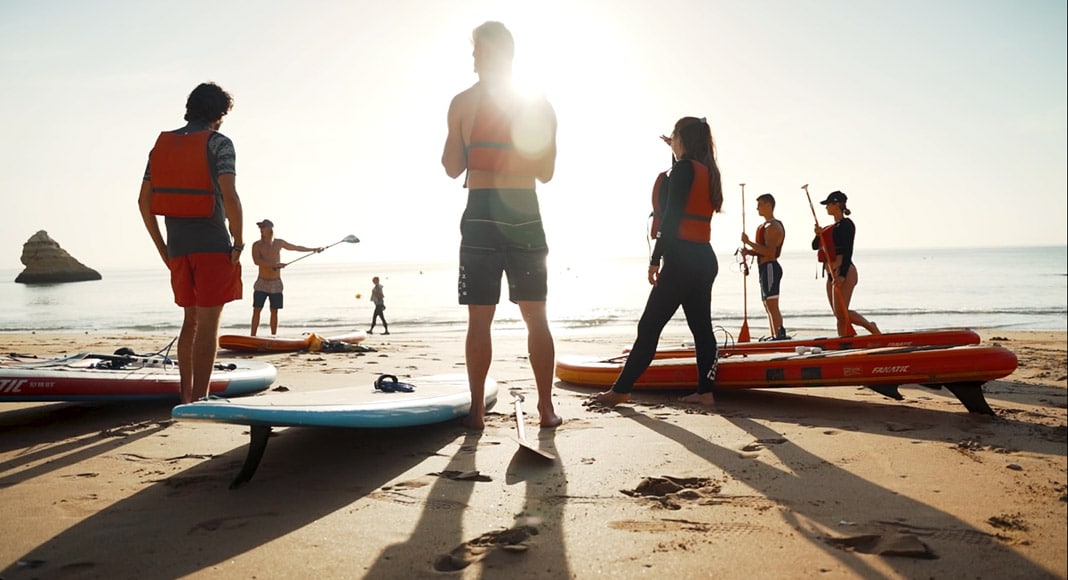 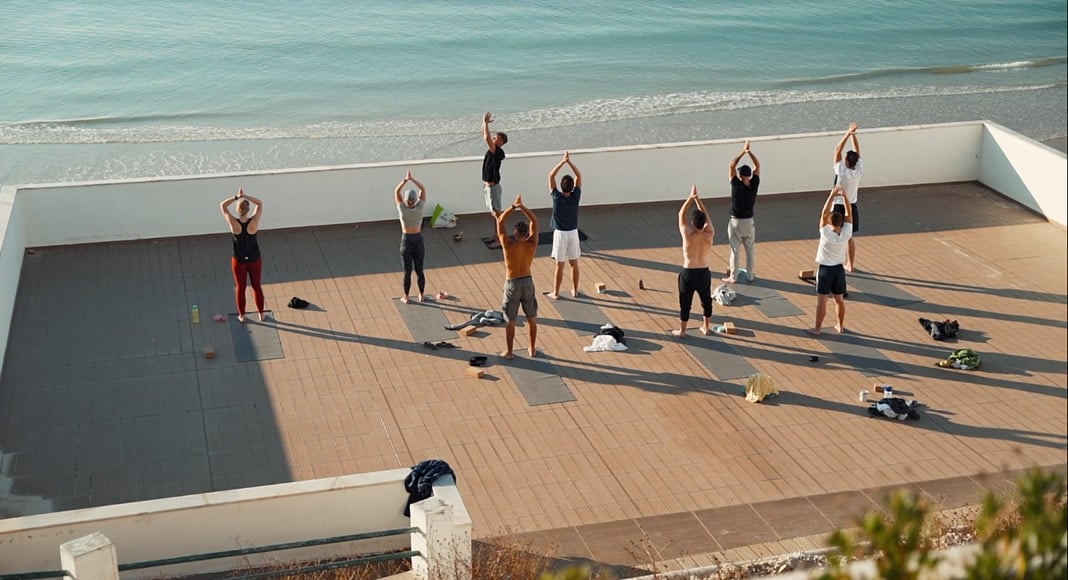 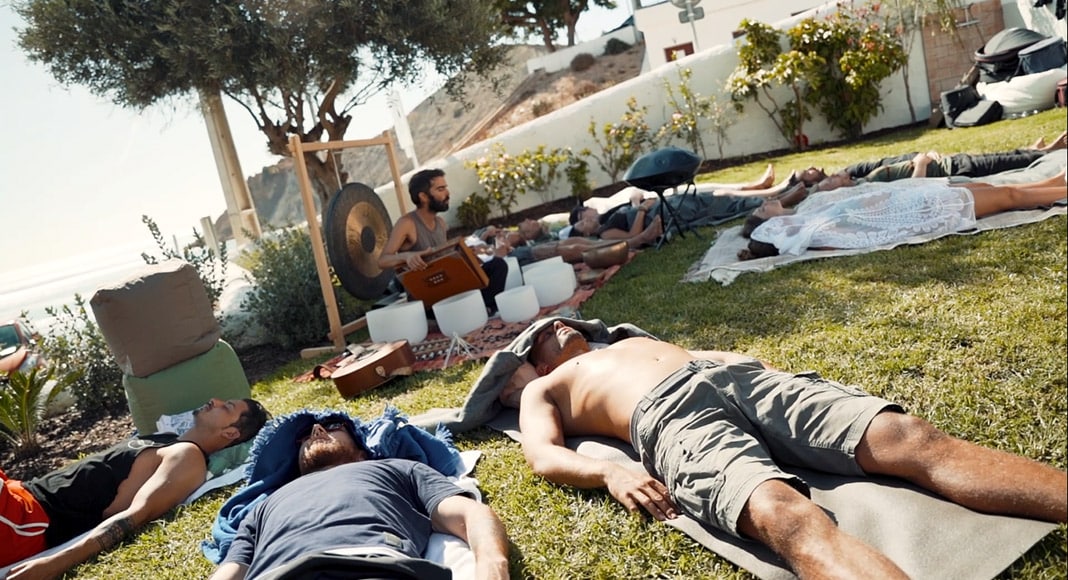