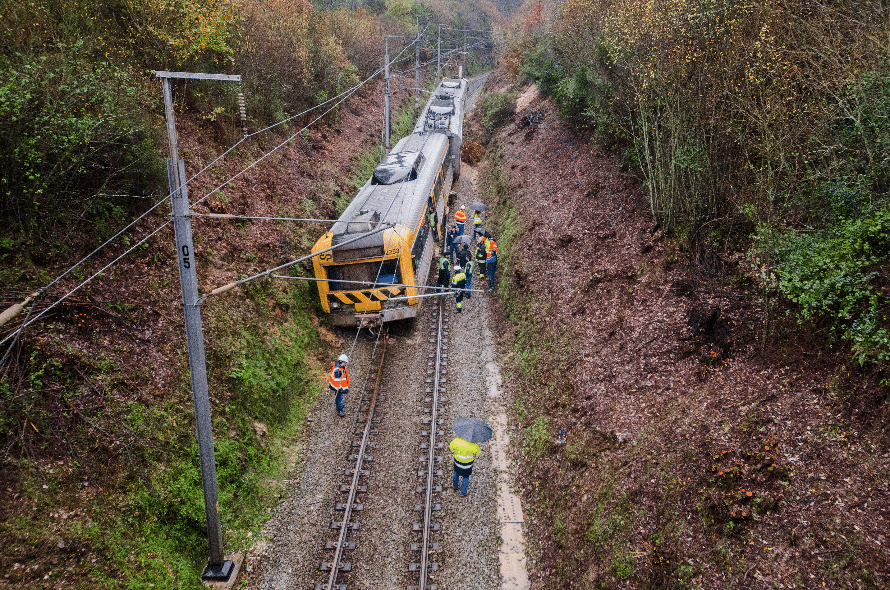 A tornado in Matosinhos, mud-slides that caused a trail to derail in Mangualde, widespread flooding in northern areas and no less than 19 deaths on the roads, Portugal is only today totting up the damage of a truly desperate weekend.

Saturday began as the two days of horror were set to continue with six people rapidly meeting their deaths on the nation’s roads.

It is unknown whether all of the tragedies were due to worsening weather conditions, but certainly one was provoked by the wet road surface, reports national tabloid Correio da Manhã as it detailed the story involving a housewife on her way home from the shops in Estremoz and a 22-year-old man whose car was travelling in the opposite direction.

In this case, both drivers died at the scene, after colliding due to a skid.

As rain and high winds continued to batter the country, rivers throughout the north and centre burst their banks, flooding roads, homes and commercial establishments.

Only the Algarve escaped the misery which saw as many as 20 litres of water falling in an hour in Porto, with winds reaching 92 km per hour.

But the worst was to come in the early hours of Sunday morning when a low-density tornado hit Matosinhos, ripping up roofs and shaking properties with terrifying force.

“It was like an inferno,” said one of the householders.

Four people had to be evacuated with two beachside restaurants left closed for repairs.

Roads around the Vouga river became impassable “causing chaos”, writes CM, while houses were flooded in Valongo after the Leça river “rose abruptly”.

It was around this point in the day that a mudslide, due to the extreme wet weather, sent stones and builders’ detritus spewing across railway lines between Coimbra and Guarda, causing a train carrying 10 people to derail just outside Contenças station.

Three people were slightly injured: the driver, ticket collector and one of the passengers.

As Mangualde’s mayor João Azevedo told reporters, if it had been an express train, the damage would have been a lot worse.

The day continued with more than 830 emergencies called through to civil protection services – most of them involving flooding and the falling of trees.

According to the road safety authority, the weekend ended with a total of around 500 accidents, 19 deaths and 21 serious injuries.

Today the situation is still serious enough to feature on news bulletins, but the yellow alert in force in a number of areas is not expected to last beyond tonight.