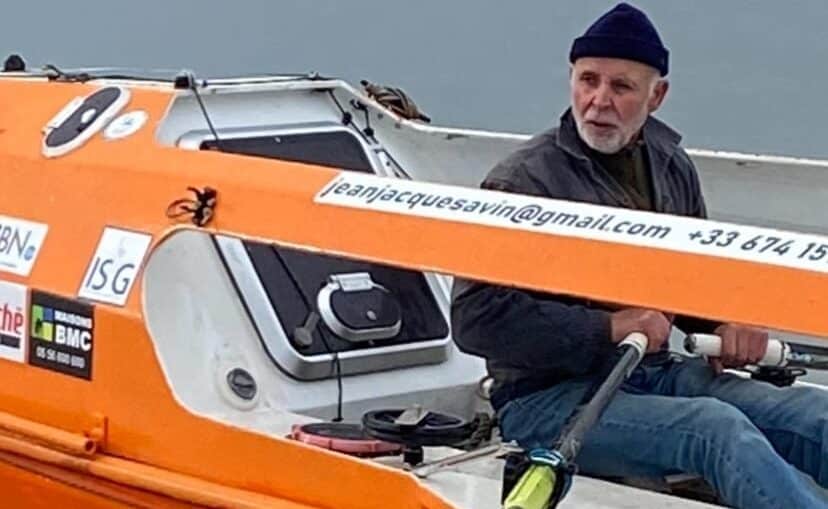 A 75-year-old French adventurer who set out to row across the Atlantic single-handed by way of a “laugh at old age” is missing presumed dead after his upturned craft was identified midway between Madeira and the Azores on Friday.

Jean-Jacques Savin had triggered two distress beacons on Thursday night, the BBC reported over the weekend, suggesting the body of the former paratrooper had been recovered.

This has since been denied by official sources.

It’s not totally clear what might have gone wrong.

Jean-Jacques Savin’s last Facebook post told his followers that he had been having problems for the last 10 days. His solar sensor, which he needed to recharge the battery of his water desalinator, had stopped working, so he was “forced to use (his) manual desalinator” which he explained was physically tiring.

“Don’t worry, I am not in any danger! I am on the way to the Azores, for the port of the archipelago Ponta Delgada…”

The message went on to say that he would be able to fix anything that needed fixing on the boat in the Azores, and once “totally rested”, he would continue with his voyage.

“In spite of all this, I definitely won’t give up!” he wrote – and that appears to be the last anyone heard from him.

The adventurer who crossed the Atlantic in a form of barrel in 2019 – and appears to have climbed Mont Blanc in 2015 – set off for his latest adventure from Sagres, on January 1.

He recently celebrated his 75th birthday, on January 14, at sea – apparently with champagne and fois-gras – writing again on Facebook to his followers, remarking that their messages of support were “an inexhaustible force of strength”.

Messages of condolence have been pouring in, with friends all attesting to the loss of an extraordinary man.

It was the BBC that gave the details of Mr Savin’s previous Atlantic crossing.  He did it in a ‘barrel-shaped orange capsule, using the sea currents alone to propel it across the water for 4,500km (2,800 miles) – a journey of 122 days”.

Mr Savin himself described this second crossing, in an 8m canoe, as a way “to laugh at old age”. It was due to have taken around three months.

Today (Monday) , Jornal de Notícias has rectified the confusion over discovery of the body, citing Mr Savin’s daughter Manon saying: “We have just discovered that the body of my father was not in his craft and has not been recovered”.

Various merchant vessels, Air Force planes and a naval corvette were involved in the searches to locate the canoe, the paper adds.