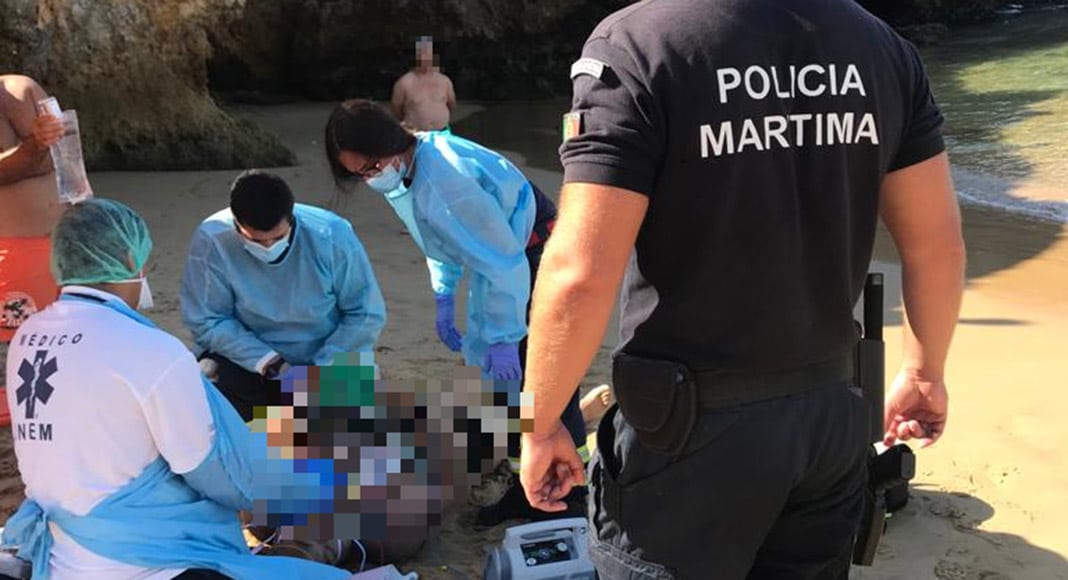 A 57-year-old Portuguese spearfisher died this morning at Lagoa’s Praia do Pintadinho.

According to Portugal’s maritime authority (AMN), the man started to struggle to breathe and was helped out of the sea by the beach’s lifeguards before going into cardiorespiratory arrest.

Maritime police, firefighters and INEM emergency services were called to the scene and tried to revive the man, but to no avail.

His death was declared at the scene and his body was taken to Portimão’s legal medicine office.