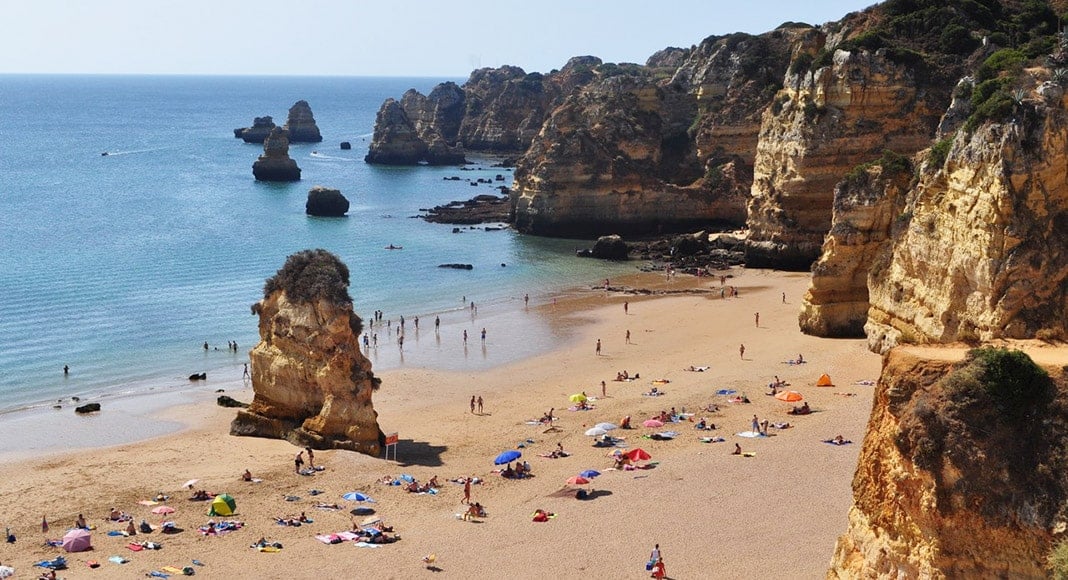 A system akin to traffic lights is being drawn up to control entry onto supervised beaches this summer.

With the ‘epoca balnear’ (beach season) in theory due to begin in two weeks time (June 1), the long-promised ‘manual of good beach practices’ is still not ready.

The ‘traffic-light system’ is being rolled out as a way of ‘avoiding militarised order’ on the more popular beaches, explain reports.

It’s also a neat way to bypass the lack of ‘military personnel’ available for this purpose.

The idea is that beachgoers themselves adhere to the ‘system’, or lose access to the beach completely.

Says Correio da Manhã today, “the prime minister made it clear to political parties in meetings that have taken place in São Bento (his official residence) that if people don’t comply with the rules of access and beaches become overcrowded, those beaches will be closed”.

The Algarve, Costa da Caparica, Cascais, Oeiras and Carcavelos “are being seen as areas with the potential for beach overcrowding”, adds the paper – stressing that the PM’s mindset is that “liberty be given to citizens to avoid eventual confusions with security forces”.

The full list of new rules is expected any day now.

Says CM, the tradition of vendors traipsing the sands with ‘bolos de Berlim’ (doughnuts) will continue, though the people selling cannot weave their way between beachgoers as they have in the past. Social distancing will be a major concern – no sunshades closer to each other than three metres, and no more than five people under one at any one time.

When it comes to swimming, people are expected to keep their distance to at least 1.5 metres. How this will work with parents of young children has not been explained.

Revealing much of these measures after the meeting with the prime minister yesterday, PAN MP André Silva said his party views them as “very positive”.

“There won’t be a limit that is obligatory”, explained Silva. “Nor will there be blatantly coercive measures. This will be more an appeal to us all to fall in line and continue to show solidarity, and above all discipline, so that rules of social distancing can be complied with even on the beaches”.