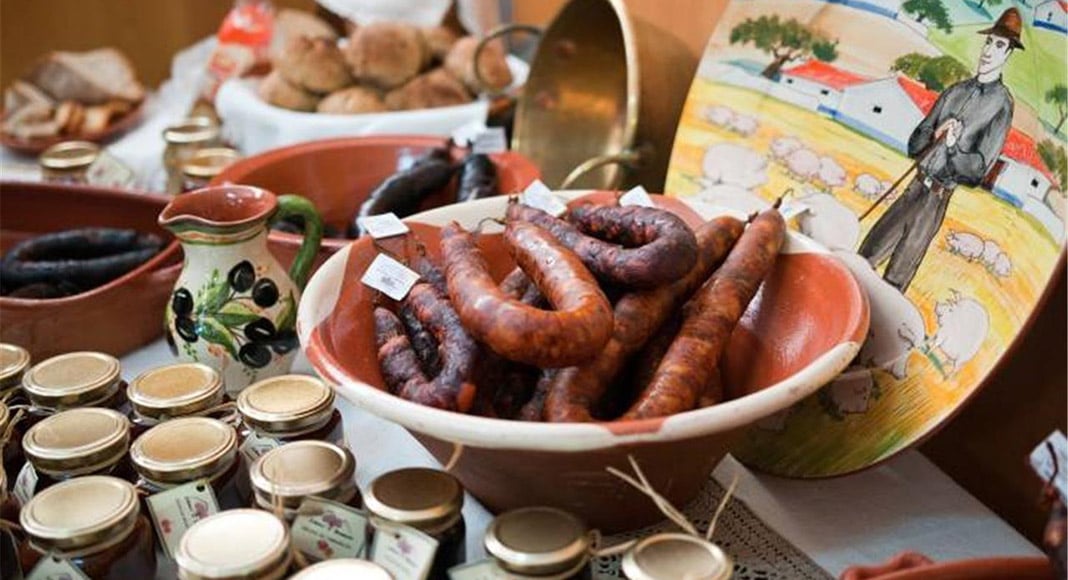 It is one of the town’s biggest events and aims to celebrate its traditional smoked sausages made from homegrown pork.

Visitors will be able to taste a variety of sausages from ‘chouriço’ and ‘morcela’ to ‘farinheira’ as well as mouthwatering ‘presunto’.

And, of course, it wouldn’t make sense to host such an event in Monchique without the traditional local liqueurs such as the famous ‘medronho’ firewater and the honey-based ‘melosa’.

There will also be a number of traditional dishes to try, such as roasted pork in a wood oven, sausage ‘feijoada’ (bean stew), black pork cheek and lamb stew with prunes.

Visitors will be able to follow them up with some regional desserts such as Monchique’s ‘bolo de tacho’, a dense cake made with chocolate, cocoa, cinnamon and fennel, or honey pudding.

Musical entertainment plays an important role in the event, with performances by Fernando Daniel on Saturday and Nelson Freitas on Sunday. Both will take the stage at around 10pm.

The Feira dos Enchidos has become such a well-known event that state channel RTP1 will be broadcasting live from the event during its ‘Aqui Portugal’ show.
Taking place at the municipal heliport, the fair opens at 10am on both days and ends at midnight on Saturday and at 9pm on Sunday.