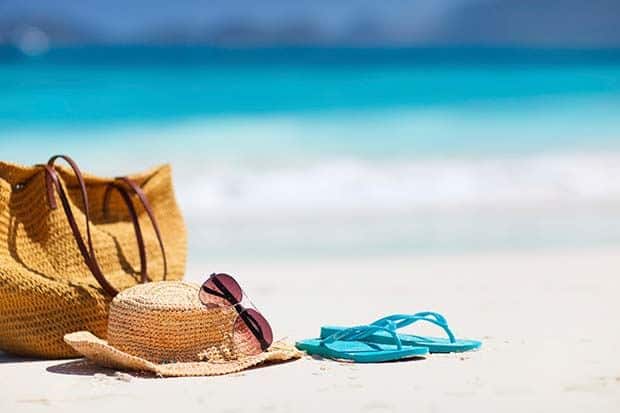 The name of this publication is Algarve Resident, which implies that it is aimed at a happy band of people both local and foreign who reside in the sunny southern quarter of Portugal. The fact that it is published in English might be seen as limiting the audience, but as we residents have probably noticed, many locals speak pretty darn good English (better than our Portuguese) and some with American accents because they’ve watched plenty of American movies, with subtitles.

I also believe that most British and American tourists would be wise to check out the latest edition of “The Resident” to find out what’s going on in the area and get an idea of the culture, cuisine, wines, arts and even the politics of the region.

When my lovely wife and I lived in Panama, I wrote for a bilingual newspaper called El Visitante, or The Visitor, which was essentially presented as a tourist publication. I came to find out that more than half my readership was actually comprised of residents, who wanted to find out what’s going on and stuff about the region. So my point is that whether you’re a resident or a visitor, you come to these well-laid-out pages to check out what’s happening.

So what is happening or about to happen in these parts, explained in English? Well, for one thing, as many residents are beginning to anticipate, the tourists are coming. You know who you are. You’re either delighted by the prospect of hot sand and cold beer, or you’re trying to figure out how to cope with the onslaught of very white people, who are in danger of turning red with sunburn. Of course, that’s why they came – for the sun. The Algarve can have over 300 days a year of sunshine and it is virtually guaranteed that it will be burning bright during the summer months.

It’s a steady build as more and more tourists arrive, followed by an explosion in numbers at or around July 1. First, you’re stuck behind one caravan driven by a guy in a golf hat holding tightly to the steering wheel at a safe and sane 35 kilometres an hour on the N125. Pretty soon, however, you might not be able to get around five or six motorhomes in a procession proceeding at a leisurely 25K. That’s why I obtained one of those cute little meters that I stuck next to my rearview mirror and that tallies tolls I owe for speeding along on the A22.

During the past few months, we have noticed a gradual but noticeable increase of traffic on this highway that extends from Vila Real de Santo António in the east to Lagos in the west. There were times during the winter when my lovely wife and I thought that we might have turned off into the Twilight Zone, because we were the only car in sight along the A22. Now, we’re never lonely, but it’s still possible to get from Faro to Portimão without burning out the clutch, but in August maybe not.

It’s not that it gets hot along the Atlantic coast. It gets hot and crowded with people who almost seem desperate to have fun. They come, often in large family units, from darker, gloomier locals up north because of the certainty of sun. Their plan is to claim a spot on the beach among hundreds of other recliners and beach umbrellas, read a book for a change and “cool out”. That might not be the right term.

During the autumn and spring months, I felt that I was able to spot British tourists because the guy was in a tank top and cargo shorts, the gal was in a nice sun dress and both were in flip flops even though it was 11 degrees Celsius. At 53 degrees Fahrenheit, everyone else taking a stroll around the marina in Villamoura was in jeans and hoodies, except for some Portuguese who were in down jackets and boots. The point is that our visitors from foggy, chilly England had paid for a beach vacation and they were going to dress as if that was actually happening. From now on, everyone will be dressed or undressed the same. I won’t be wearing socks (except with my golf shoes) until October.

The hotels in the Algarve are sold out for the months of July and August, which means that many of the restaurants and all the good ones turn out to be booked as well. The fact that you can’t just walk in and get a table with a sea view is particularly annoying for full-time residents, who were spoiled all winter-long by easy access. There are enough visitors year-round that many places stay open, and that’s an advantage for retired folks for example. Now the tourism industry is trying to promote the Algarve as a year-round destination, without fully considering what that might mean to this rag’s readers. Anyway, people with permanent residences tend to do a lot of barbecuing or grilling (as we say in the States) because they not only can’t get their favourite table, but they’re actually on a list for the nine o’clock seating.

The trouble with vacations is that they’re not usually long enough. It’s a day or two to unwind and find your way around. Then there are bike rentals, cave expeditions, rounds of golf and several cases of beer to squeeze in before the week is over and it’s time to pack and find a van back to Faro Airport.

Under time constraints, some fun-seekers tend to overdo- drink too much; laugh too loud; run around in bare feet; lose track of the kids, who have apparently been gone for hours; gamble over their limit; go for car rides with people they don’t really know; and lose their cell phones, room keys, wallets or knickers, not to mention their passports. All on the second day.

They’ve already sent so many selfies home on Facebook that their mother has unfriended them and, somehow, they’ve maxed out their credit card and, why oh why, did they forget to bring any of their charging devises?

Even though you can get a nice-looking weekly newspaper in English, none of the police seem to speak anything but a growled version of Portuguese, especially when you’re trying to explain why you parked the rental car on the sidewalk because there’s not a single space available in the entire town of Albufeira.

For residents, high season is a different world of long siestas. Unlike the frantic fun seekers, we have plenty of time to relax, read several books and pare our toenails because we’re not going anywhere. Maybe we’ll go for a walk on the beach after 5pm or 6pm when the fried sun worshipers have finally gone inside to take a nice cold shower and begin their hourly application of aloe and gin and tonics.

For some of us, who are waiting patiently for our residency visas to be processed, it’s a relaxing situation with limited expectations and an open-ended schedule. The point is, we do live in a popular scenic vacationland and we won’t have to leave after a fortnight. We’ll even be here when the tourists have packed away their souvenir copies of “The Resident” and flown back to real life.