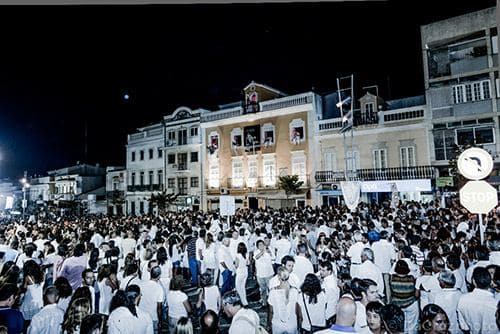 Three leading figures in the Algarve tourism sector have called for the immediate suspension of the toll charges on the Via do Infante A22 motorway, which one of them described as a “gross economic, political and social error”.

The angry protest followed the decision by the Portuguese Government not to prolong the exemption granted to residents beyond the end of this month.

“The Government’s decision was not surprising and was something we were expecting,” said Viegas.

“The principal question relating to the tolls is that there should be no discrimination – so they should be totally suspended. In less than a year, these measures have proved to be contrary to the economic interests of the Algarve. The introduction of the tolls has shown itself to be anti tourism and against the interests of the region.”

He pointed out that a 50% reduction of traffic on the A22 and a 20% drop in the number of Spanish tourists were enough reasons to immediately get rid of the tolls.

Pina, who has long been a strong opponent to the toll charges, said he was not surprised by the Government’s decision and stressed his fear that it threatened to be the “blow that would sink the Tourism Algarve ship”.

He said there is “an urgent need” to suspend the toll charges and to oppose any attempt by the Government to prolong exemption for residents or withdraw them as this was an unacceptable discriminatory policy.

Vitor Neto, who said his fight against the A22 toll proposal has been ongoing since 2004, added: “The recent announcement (to suspend the toll exemption period) demonstrates inadequate vision; but I was not surprised. It confirmed my doubts and I think that it was an economic, political and social error.”

A protest against the A22 tolls is taking place on October 1 from the Teatro Municipal de Faro, from 6pm.

According to the A22 users’ commissions (CUVI), organisers of the protest, the date was chosen because it will be the first day without toll exemptions for residents and businesses.

The protest will take the form of a slow march in the direction of Forum Algarve shopping centre.

CUVI members are appealing to all citizens to join them in the march to help reinforce the Algarve’s position against the tolls.

Public and private entities affected by the suspension of roadworks and maintenance of the EN125 are being urged to join forces in a bid to obtain compensation.

The call comes from the political pressure group Earth Party (Partido da Terra-MPT/Algarve), which is concerned with environmental and cultural issues.

The party is advising people in the private and public sector to take the necessary steps to calculate the damage and inconvenience to their daily lives in order to plan appropriate legal action.

Earth Party, founded in 1993, claims that the lack of proper maintenance has led to unfinished stretches of road, poor street lighting, and confusing or non-existent signs, which is not only causing danger to traffic but presents a bad image for visiting tourists.

Eventual compensation monies could go towards creating a fund to enable the conclusion of the road works should the public-private partnership (PPP) renegotiations fail again, the party suggested.
1″>news