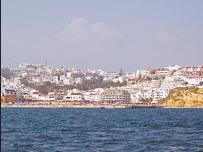 WITH MORE than 330,000 bed spaces rented out illegally in the Algarve, the government has simplified the licensing process in the hope that more owners apply for the tourist rental licence and declare rental income.

In the meantime, ASAE will step up inspections of illegally rented properties.

After more than a year of campaigning to have the tourist rental licensing laws altered to be more straightforward, the government has approved a new law that will come into effect in March. The câmaras will be responsible for issuing licences as before with promises of clearer guidelines for staff as to the process.

As the former law was complex and bureaucratic, many property owners chose to avoid the process altogether even though they were breaking the law.

Feedback about the new law is more positive as the 22 previous categories have been reduced to 11 and the local accommodation category will include villas, apartments, guest houses, motels and hostels, among others.

Many believe that this new law will speed up the process of licensing tourist accommodations as now câmaras will directly benefit from the rental tax as well as money from fines for non-compliance, as they will work directly with ASAE, the national authority for food safety and economic activities.

According to the president of the Algarve hotels and resorts association (AHETA), Elidérico Viegas, more than 330,000 beds are illegally rented out in the region and this figure is triple the number of registered bed spaces.

A spokesman for AHETA told The Resident: “This is not a new problem. This has been going on for years and people must understand that it is illegal to receive rental income and not declare it with the Finanças (tax office)”.

It was at this time last year that ASAE initiated a massive inspection operation targeting holiday villas and apartments across the region (see The Resident’s editions of November 3, 2006, January 15, February 17, March 31, April 21, 2007). An ASAE source told The Resident that this year “we will continue this work but we are not only checking for tourist rental licences. There are several other health and safety rules that rented accommodation must adhere to in order to guarantee the safety of the occupier.”

Those who apply for the Licença de Utilização Turística will benefit from official promotion “mechanisms”, according to the Secretary of State for Tourism, Bernardo Trindade. The government is due to launch a National Register of Tourist Resorts, which will allow more control over available accommodation.

As yet the law has not been officially published and many entities are still in the dark as to what role they will have. The Resident contacted Albufeira and Loulé Câmaras about the tourist rental licence and whether they were ready to issue it as from next month. A spokesman from Albufeira Câmara said: “I don’t know, and I don’t know who would know that information.” A spokesman from Loulé Câmara told The Resident: “I have no idea about the new licence because we have not yet received any information about them.”

However, the head of the Studies and Projects Division of the Regional Tourism Board (RTA), Duarte Padinha, told The Resident: “We are always here to help people find whatever information they need as soon as it is available.”

For more information about the tourist property rental licences, please contact the RTA on 289 800 400.