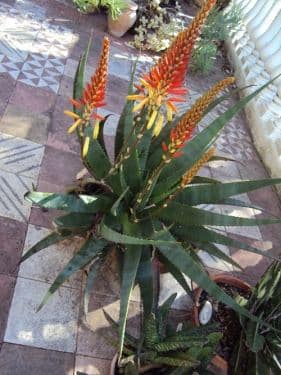 Details of the revised Plano Estratégico Nacional do Turismo were due to be announced yesterday, Thursday (after the Algarve Resident went to press) by the Secretary of State for Tourism, Cecília Meireles, during World Tourism Day celebrations, and were expected to include an emergency plan for the Algarve region.

The motto of the new PENT, which lays out strategies for the tourism sector through to 2015, is ‘sell, sell, sell’, with the Secretary of State highlighting the need to place emphasis on the development and commercialisation of Portugal’s tourism products.

The revised PENT will also redefine objectives that “were far too ambitious”, particularly those relating to growth targets.

The government, through Turismo de Portugal, is currently finalising the plan for its official presentation next month. The current economic crisis has forced this revision and whilst the initial PENT predicted “an average annual growth of 8.4% in revenue and 4.6% in overnight stays until 2015”, this may no longer apply. Now the focus is on the commercialisation aspect, confirmed Frederico Costa, President of Turismo de Portugal, reinforcing Cecília Meireles’ statement.

He told Público newspaper: “What we need to do now is sell – sell the empty hotels and any properties that are available on the tourism real estate market.

“We will need to work alongside companies to ensure this objective and strengthen links with international (tourism) operators to promote the destination and with airlines to ensure routes are provided,” he said.

The new lines of action in the plan will need to be carefully laid out as “we only have three years left to implement the strategies”, said Costa.

A clear objective set by Turismo de Portugal is to reach out to emerging tourism markets that have been gaining ground as an alternative to traditional markets, such as the British and Spanish, which have recorded a significant fall in visitor numbers since the financial crisis began in 2008.

In the PENT strategies laid out in 2010, Spain was recognised as important for the future of tourism in Portugal and a market to invest in. However, in the latest revision, Spain is unlikely to be strategically important.

Instead, Portugal should be placing its bets on Brazil, China, Russia, India, Poland and Canada in the next few years, confirmed the President of Turismo de Portugal, adding that tourists from these markets will generate more income not only for the tourism sector but also for the property market.

The catalyst to the revision was, in fact, the setbacks and accumulated losses suffered by the tourism industry since the crisis began but particularly since the beginning of the year.

“In 2007 or 2008, the tourism industry was growing at a rate of 7% to 8%, so it made sense to invest in the image of the country. This is no longer our focus. Our strategy will be a lot more commercial, a lot more focused on the sale of tourism products,” said Costa.

The Algarve, the country’s principal tourism destination, has not been left out of the revised PENT, which foresees an “emergency plan” for the region.

With the region going through a period of instability in the sector, the tailor-made plan will set out financial support mechanisms for businesses, new investment in the Algarve brand and the creation of professional development training schemes. “Several large scale resorts are undergoing difficult times, seasonal demand is worsening, hundreds of properties are standing empty and the unemployment rate is very high,” said the country’s tourism chief, explaining the reasons for the emergency plan.
1″>news