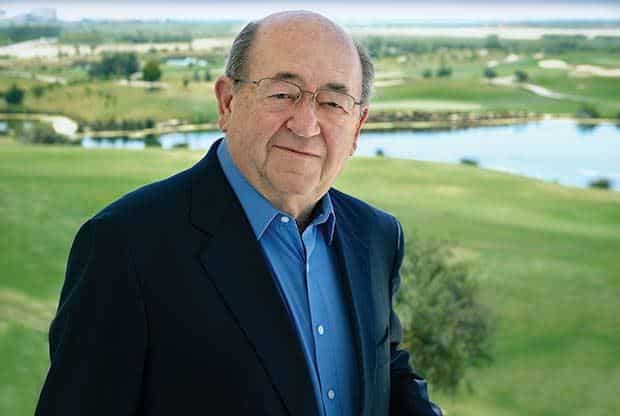 Tourism grandee André Jordan has said that Portugal “has the chance of becoming a world hub” in terms of “property, business and services”.

The statement came in an RTP interview last week after the man often described as the Father of Algarve Tourism was asked about the important link between the real estate and tourism sectors.

“We have political stability, we don’t have racism, we don’t have conflicts… so people have been discovering Portugal. But we have to create the conditions (…) to stabilise this development of construction and foreigners living in Portugal and help it to keep growing. If this happens, it can solve many of the country’s problems,” he said on the ‘Tudo É Economia’ show on RTP3.

And while Jordan believes that schemes like the Golden Visa, especially important to attract investors from “more distant countries such as Brazil and China”, and tax benefits for foreigners can help bolster the property sector, Portugal should focus on promoting the things that make foreigners want to live here.

“I’m not against them, but it’s a big mistake to depend on these schemes,” he said.

“Spain has two million English citizens. They didn’t move there because of any Golden Visa scheme or tax benefits. They did it because they wanted to live there.”

Thus Portugal should spread the word about what sets the country apart, he believes.

Octogenarian André Jordan is better known as the founder of the Quinta do Lago luxury resort, having also developed many other property projects in the Algarve and elsewhere in Portugal.

In 2014, he was presented with a “World Travel Leaders Award” at the World Travel Market 2014 in London which aims to “congratulate and recognise companies and individuals which have made significant contributions to travel and tourism in their region or sector”.