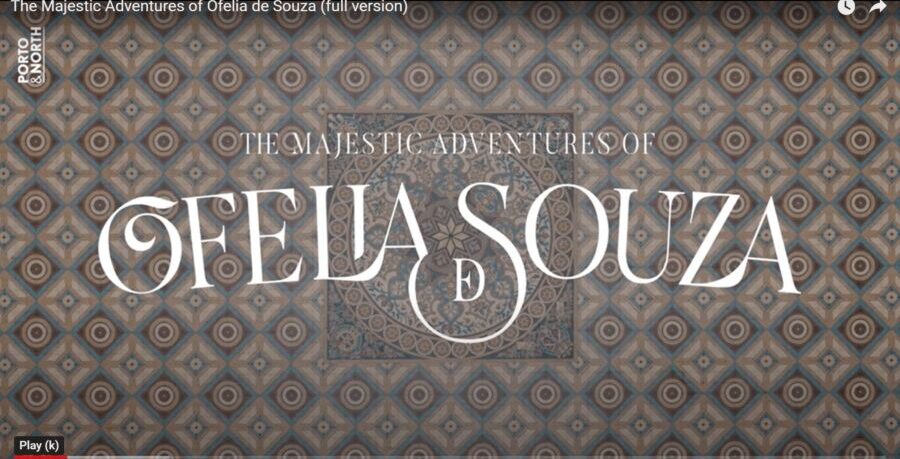 “The Majestic Adventures of Ofelia de Sousa“, produced by Turismo do Porto e Norte de Portugal (TPNP), has won the title of Best Tourism Film in the World, in the category Tourism Products, at the World’s Tourism Film Awards.

The competition, organised by the International Committee of Tourism Film Festivals (CIFFT), was held in Valencia, Spain, yesterday.

Said TPNP president Luís Pedro Martins in a statement today: “It is the corollary of an incredible job of positioning the region, which has allowed us to increase our notoriety and positioning. It is an honour for us to win an award that had never been won by Portugal before”.

“This victory is yet another incentive for all the partners of Porto and North that, after two hard years, with their efforts, allowed the fulminant return of the sector to pre-pandemic values,” he added.

According to TPNP, the film “The Majestic Adventures of Ofelia de Sousa” had the best score among all categories in the competition, having come in first place in this ‘ranking’ “thanks to the points earned following the awards received in the 10 festivals that make up the CIFFT world circuit”.

The Portuguese film competed with 34 other foreign promotional films.

For Luís Pedro Martins, “the awards won by the film ‘Ofélia de Souza’ prove the bet made on a very disruptive, creative, original and somewhat risky communication, in the Business Tourism segment, in which the region has a very high potential, either by the quality of the existing spaces here, either by the existing offer in the social aspect in the pre and post-events”.

The president of the regional tourism entity said that “this year alone it has already been possible to attract more than a hundred events, such as the M&I Forum (Porto), the AITO Overseas Conference (Braga), the Wordcamp Europe (Porto), helping to bring more than 32,000 people to Porto and the North”.

Premiered in October 2021, the film – only about three minutes long – “has as main star Ofelia de Souza, an experienced and extravagant 72-year-old event organiser and epicurean, who faithfully accompanied by her assistants (‘Ofelier’ and ‘Ofeliette’), shares tips and secrets to choose and enjoy one of the best business tourism destinations in the world”.

The film’s journey began in March at the Japan World’s Tourism Film Festival, where it won the festival’s Grand Prix and first place in the Tourism Products category.

In September, the film was one of the winners at the Terres Travel Festival, in Barcelona, having received the Gold Award in the category Tourism Products – MICE, and in October it won awards at the Zagreb TourFilm Festival, Cannes Corporate Media & TV Awards and ART&TUR – International Tourism Film Festival.

In Zagreb, the film took home the Best Event Film award; in Cannes the Gold Trophy in the Tourism Products category, and finally, in Ourém, it was the festival’s most awarded film, having won the Grand Prix in the national and international competition, the Best Promotional Film ART&TUR 2022 award and first place in the MICE category, also in the national and international competition.

“The work was very worthy and the results are already reflected in the region’s demand indexes, having closed the year with an absolute record of tourists,” Luís Pedro Martins, told Lusa, adding that, “in 2019, almost 11 million overnight stays were recorded in the region, in a record that shows a historic growth of 9.7%, the highest at a national level.”

“Between January and September alone, we have already exceeded the number of guests of 2019 by 2.4%. And even in terms of overnight stays, taking into account that in the first three months of 2022 the number of tourists in the country was still very low, due to the restrictions imposed by the pandemic, the data is very encouraging.

“Comparing the accumulated between January and September, we are also ahead of 2019, with 6.1% more overnight stays,” he concluded.